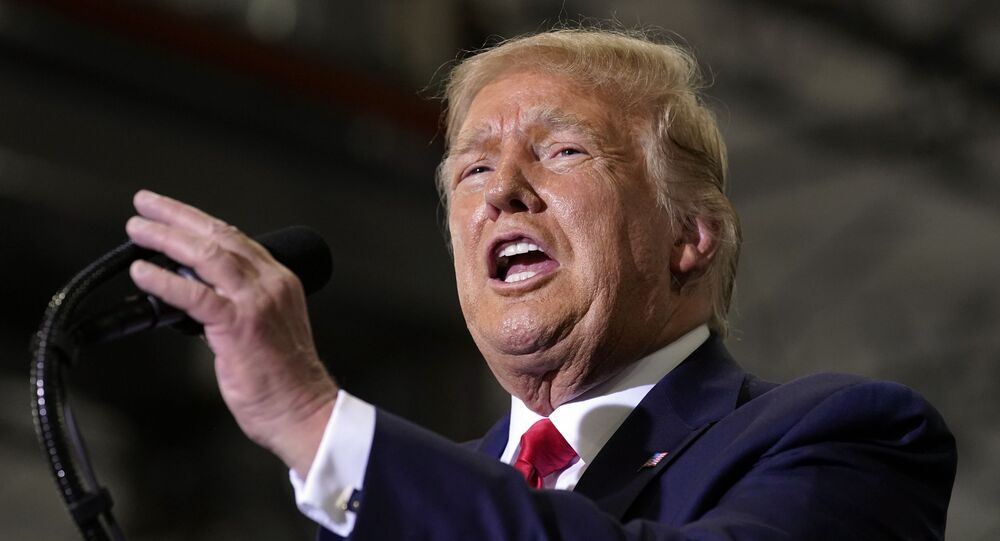 A UN conventional arms embargo against Iran, which was secured under the 2015 Iran nuclear deal, is set to expire on 18 October. The Trump administration, which abandoned the JCPOA in May 2018, has been pushing its UN Security Council partners for the extension of the ban – but so far, to no avail.

US President Donald Trump intends to issue an executive order in the coming days that would authorise Washington to impose secondary sanctions against any foreign entity trading conventional arms with Iran and thus effectively shut them out of the US market, Reuters reported, citing four anonymous sources familiar with the development.

The secondary sanctions mechanism implies that foreign entities violating the Iran trade embargo would be barred from trade with the third party, the United States in this case. According to the report by Reuters, “most foreign companies do not wish to risk” of losing access to the US market for trading with “smaller countries such as Iran”. American companies have already been banned from selling arms to Tehran.

On Wednesday, US Special Representative for Venezuela and Iran Elliott Abrams hinted at possible introduction of the executive order, by saying that Trump administration was planning to impose sanctions against violators of the UN arms embargo against Iran.

The report was not immediately confirmed or refuted by the White House.

Under the Joint Comprehensive Plan of Action (JCPOA) struck between Iran, Russia, the United States, the United Kingdom, China, France and Germany in 2015, Tehran remained subject to a UN conventional arms embargo which is set to expire in October.

In May 2018, the United States unilaterally abandoned the agreement, which intended to limit Iran’s stockpile of enriched uranium, and re-imposed  sanctions on Tehran. The Trump administration has now been calling on the UN Security Council to extend the arms embargo against Iran indefinitely, but has failed to secure support from other powers. It also expressed an intention to restore all UN “snapback” sanctions against the country, with the measure expected to come into effect on 20 September.

According to sanctions lawyer Doug Jacobson, cited by Reuters, the purported executive order would be more “symbolic” rather than practical in its effect, as it is potentially “designed to send a message on this particular issue ... that the US is unhappy that the other parties did not agree to a snap back of arms sanctions”.