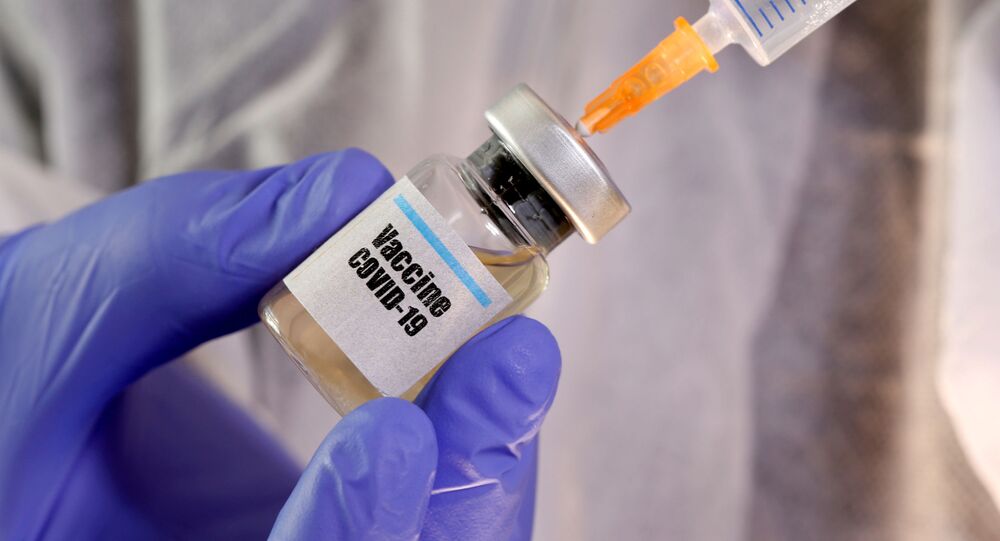 The CEO of Moderna, the first company to conduct large-scale human trials of a COVID-19 vaccine candidate in the US, says the firm will likely have enough data to announce in November whether its novel coronavirus vaccine is sufficiently effective for broader use.

CEO Stephane Bancel revealed during a Thursday interview on CNBC’s “Squawk Box” that Moderna anticipates a “base plan for efficacy” to be released in November, as the company has been saying for “many months.”

“If the infection rate in the country were to slow down in the next weeks, it could potentially be pushed out in a worst-case scenario in December,” he added.

The CEO’s comments follow US President Donald Trump’s repeated assertions that a vaccine will be available during October. Trump did not specify which vaccine effort he believed would be cleared by the US Food and Drug Administration.

"We can probably have it sometime during the month of October" -- Trump's timeline for a coronavirus vaccine keeps getting pushed up pic.twitter.com/BDINsQDOEP

Bancel explained to CNBC that it is unlikely that Moderna will have enough data to make an accurate assertion about the vaccine’s efficacy by October.

The company’s latest news release detailed that, as of September 16, the “Phase 3 COVE [Coronavirus Efficacy] study” has enrolled 25,296 participants out of the total 30,000 volunteers needed. Of the active participants, 10,025 have received a second dose of the vaccine.

The company has posted the study’s protocol online “to provide additional transparency.”

Robert Redfield, director of the US Centers for Disease Control and Prevention (CDC), testified before a Senate Appropriations Committee panel earlier this week and argued that he expects limited COVID-19 vaccinations to begin in November or December.

He went on to clarify that as for when the vaccine will likely be available to the greater US population, “we’re probably looking at third ... late second quarter, third quarter 2021.”

US President Donald Trump countered the CDC director’s statement later that day, asserting that the medical expert was “confused” and had made a “mistake” about the vaccine timeline.

“I think he made a mistake when he said that.”

Trump says CDC Director Robert Redfield was “confused” when he said November/December would be when a vaccine could be available and that general public won’t get it til next year. pic.twitter.com/jvt6Y98wEV

Pfizer CEO Albert Bourla told CNBC on Monday that it is likely that his company will have a “conclusive efficacy result of our Phase 3 [trial] before the end of October.”

He clarified that he was not providing “official dates” and that results could come in “a week earlier” or “a week later,” during the week of the US presidential election.