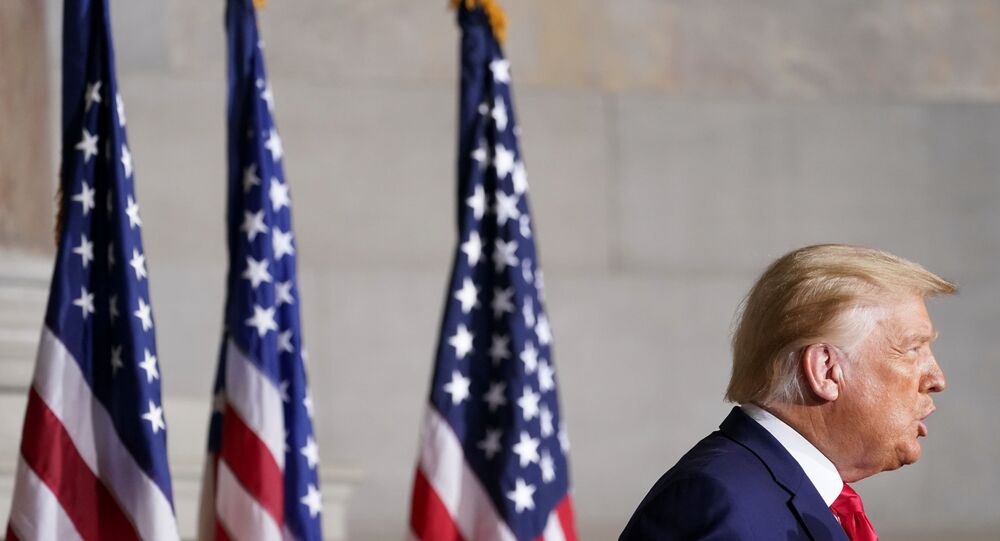 The president's patriotic plan is opposed to the current "left-wing" curriculum in American schools, which, according to him, indoctrinates children to view all subjects through the lens of race, sowing "a new segregation".

President Donald Trump announced on Thursday that he will soon sign an executive order establishing a commission to promote patriotic school education, called the "1776 Commission".

Speaking at the White House Conference on American History, Trump said that the programme, in contrast to the 1619 project, is aimed to develop "pro-American curriculum that celebrates the truth about our nation's great history".

The president lashed out at liberal politicians and the mainstream media, who, he said, were behind the ongoing riots in the United States. "These radicals have been aided and abetted by liberal politicians, establishment media and even large corporations", he said. He added that their goal is to "silence dissent" and undermine the core American values and lifestyle.

"Whether it is the mob on the street or the cancel culture in the boardroom the goal is the same. To silence dissent. To scare you out of speaking the truth and to bully Americans into abandoning their values, their heritage and their very way of life", Trump said.

He added that "the left-wing rioting and mayhem are the direct result of decades of left-wing indoctrination in our schools".

Trump also touched upon critical race theory, saying that "teaching this doctrine to our children is a form of child abuse in the truest sense of those words".

The Trump administration has repeatedly slammed critical race theory before, saying that it divides citizens by alleging that modern America is a white-supremacist nation. On 6 September, he ordered all federal agencies to stop funding any training connected to that theory, or "white supremacy".

The 1619 project, Trump has mentioned, is an ongoing curriculum proposal initiated by the New York Times newspaper in August 2019. In short, it depicts American history through the lenses of racism and slavery, analysing how it "formed" modern American institutions.