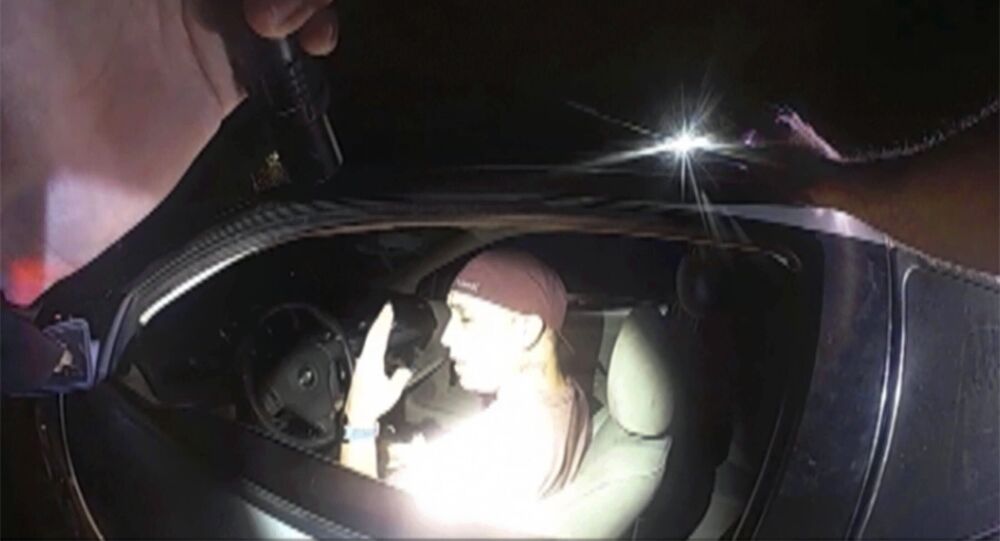 Two police officers were shot in Tulsa, Oklahoma in June during a heated exchange with a driver, who later appeared to be in possession of a gun. One of the officers died from his injuries.

A recently released video showing two Tulsa officers being shot has caused a public uproar this week, with some social media users defending the attacker and others surprised by the fact that details surrounding the incident went unnoticed globally.

On Monday, Tulsa police released videos from cameras on the dashboard and the body of a shooting incident that took place on 29 June. According to the authorities, two officers, Sgt Craig Johnson and Aurash Zarkeshan stopped a car to discover that the driver, identified as David Ware, had an expired tag, no driving licence or insurance. They therefore asked Ware to leave the vehicle but he refused and fired at them, fatally wounding Johnson and leaving Zarkeshan in a critical condition.

Tulsa County District Judge William Musseman ordered that initially sealed footage be broadcast, maintaining that the public has a “right to know” what really happened.

The shortened version of the video has now been circulating online, showing how Ware was tasered and pepper-sprayed before he shot the officers with the gun that had been apparently hidden in his car. The perpetrator then left the scene, prompting a police search.

Warning: very graphic video released from the shooting of two Tulsa officers in a traffic stop. One of them died.

This is what they face on a daily basis. Tasers & pepper spray often don’t work. Remember this scene when you are quick to condemn officers in escalating situations pic.twitter.com/pYjPH9CCtq

​The reaction to the clip - which was shared by social media editor of The Blaze, Jessica O’Donnell – has ranged from some viewers justifying the shooter’s actions as “self-defence” and “rightful” to others who felt that “comments trying to blame the cops were disturbing”.

Others were surprised that the incident had not received more attention in the media, and that there had been no “protests and riots” for the officers.

And where are the protests and riots for these two officers??

All those people saying “but he was being tortured”. If I was pulled over, and the cops asked me to get out of my car, you know what I would do? GET OUT OF THE FREAKING CAR. You don’t want to go to jail? THEN STOP BREAKING THE GD LAW

And then they would have been protests against the cops, no win

Ware has now been arrested and charged with killing the sergeant. He has pleaded not guilty in the case.