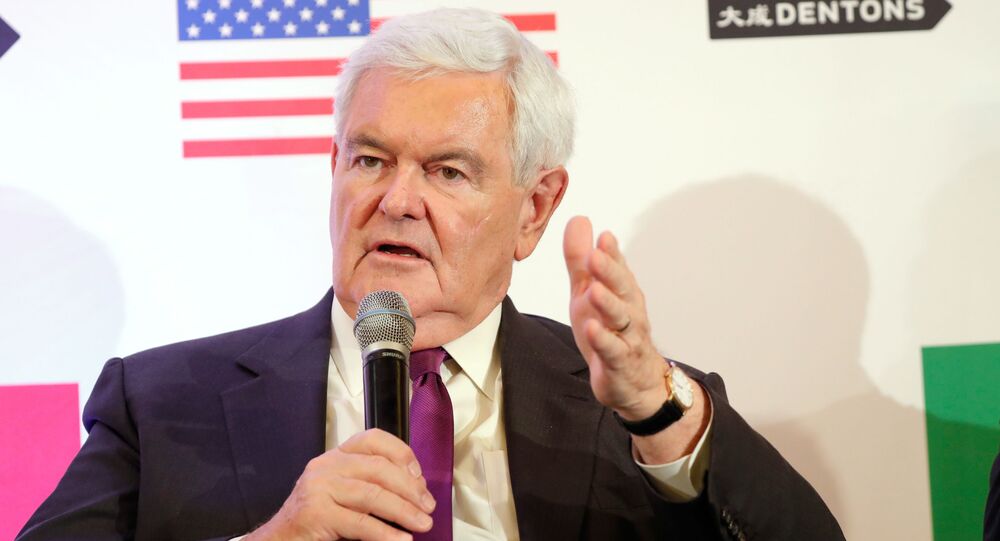 Protests against police brutality have continued in the United States for several months already, often growing into violence against local police and residents, vandalism of municipal property, and looting local businesses.

"The number one problem in almost all the cities is George Soros-elected, left-wing, anti-police, pro-criminal district attorneys who refuse to keep people locked up", Gingrich said on Fox News' "Outnumbered" on Wednesday.

He added that Democratic district attorneys are the "main cause" of the continuing riots and vandalism.

As the puzzled hosts tried to interrupt him, Gingrich cried, "He paid for it!"

On Wednesday, President Donald Trump that Democrats pose the biggest threat to the November election, which he considers more dangerous than alleged foreign interference.

He also reiterated concerns about mail ballots, which have been promoted by Democrats as a safe means to vote amid the novel coronavirus pandemic.

"It's very dangerous for our country," Trump said of unsolicited ballots. "And you know who knows that better than anybody? The Democrats."

President Trump has repeatedly warned the public that the Democrats have sent 80 million ballots over the mail mostly to people who have not asked for them and may likely misuse them to affect the election result. In a tweet posted recently, he urged North Carolina voters to go to their polling places and check to see if their mail-in ballots have been counted.

NORTH CAROLINA: To make sure your Ballot COUNTS, sign & send it in EARLY. When Polls open, go to your Polling Place to see if it was COUNTED. IF NOT, VOTE! Your signed Ballot will not count because your vote has been posted. Don’t let them illegally take your vote away from you!

Earlier, the president said that what his opponents want is a "bailout of Democrat-run states that are doing poorly".