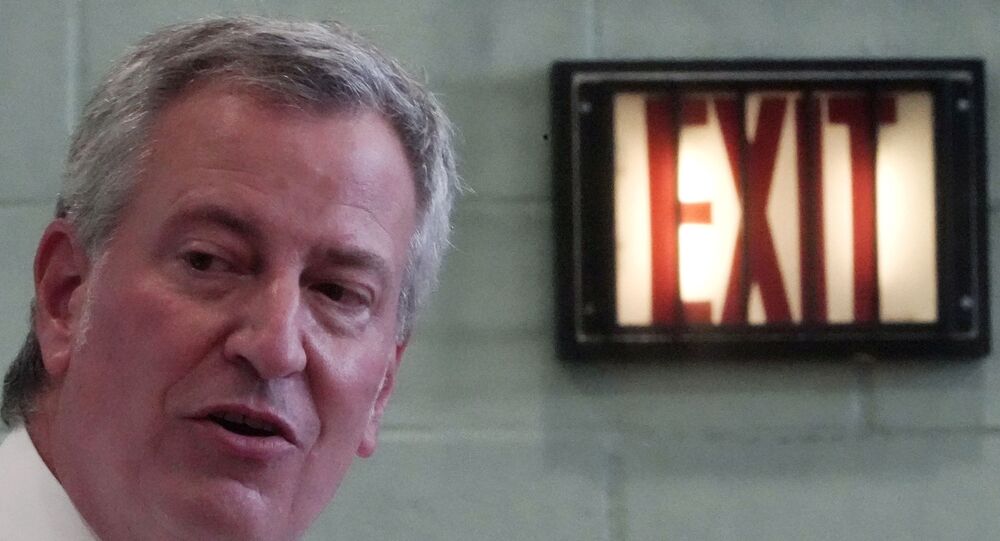 No exception was made for Mayor Bill de Blasio as well, who said that his office team had been working hard and he did not want them to go a week without pay, but the situation demands "tough choices".

New York City Mayor's Office, including de Blasio and his wife Chirlane McCray, has been given a week off, to help deal with the city's enormous budget deficit, worsened by COVID-19 pandemic.

As of October 1, every Mayor’s Office employee will have to take a week’s furlough, including myself. This team has worked hard for our city during the pandemic. We don’t want to make them go a week without pay. But we will lead the way when difficult decisions need to be made.

De Blasio told reporters on Wednesday that his team came up with a tough decision "to move this city forward and keep our budget balanced". Since the coronavirus pandemic started in March, NYC's budget deficit has reached some $9 billion, and now, the fiscal year budget is $7 billion less than it was projected earlier, according to de Blasio.

The mayor criticised the federal government for failing to provide a federal stimulus, adding that they will continue to demand a coronavirus relief bill from Washington, DC.

"We've already had to make some tough cuts that have affected this city and the services we provide. We're tried everything we can to stop from those cuts becoming worse. We don't want to take away jobs from public employees, we don’t want to take away services from communities that need [them]", he said.

De Blasio's decision, however, was met with little enthusiasm on social media, with Twitterians saying the officials have abandoned their own city, making New Yorkers deal with the issues on their own while his team is getting days off. Others claimed that it was his fault the city is sustaining budget and other issues, including the rising homicide rate.

So basically this is leading up to you laying off 22,000 New Yorkers...

You and your staff have been getting paid for doing nothing for nearly 8 years now,with the exception of ruining the quality of life within NYC and turned the safe Apple into the Wild West with an incredible increase in shootings and homicides. New Yorkers deserve better!

Read the room Bill. You worked hard and made terrible decisions for what was once the best and safest big city in the world. And now, you’re going to abandon your city for a week under the guise of a furlough. No real good leader would ever let it get to that point.