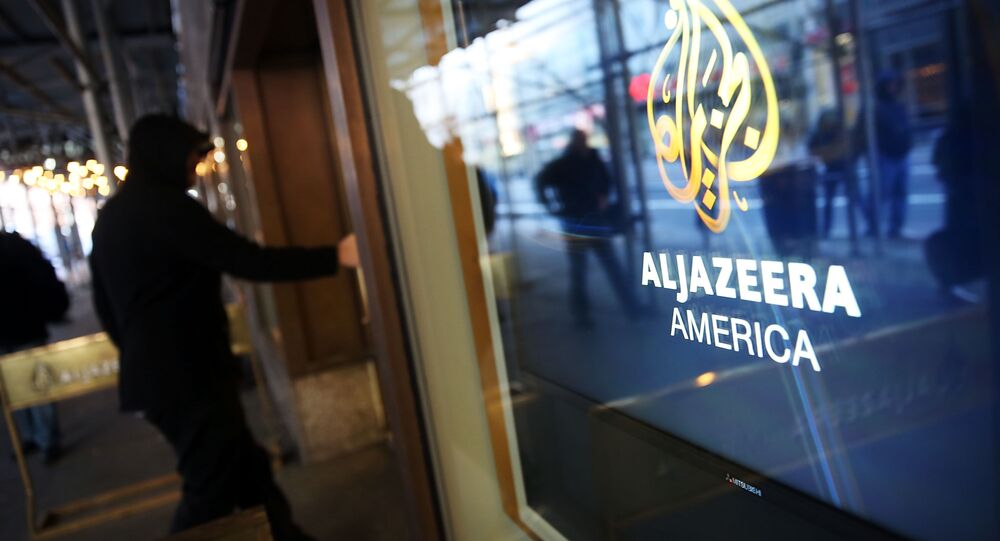 The DOJ claims the online news platform is acting as a Qatari agent in the United State in order to exert influence on America's domestic and foreign policies and its leadership.

The Department of Justice has ordered Al Jazeera to register as a foreign agent, according to a DOJ letter obtained by the media on Wednesday.

The DOJ letter says about 80 AJ+ employees in the US get salaries "paid by funds originating with the Government of Qatar" and are working "at the direction and control" of Doha. It also provided examples of the platform's "intention to influence audience attitudes with its reporting", like calling the Israeli Defence Forces the Israeli army instead, and avoiding the words "terrorism" or "terrorist".

"Journalism designed to influence American perceptions of a domestic policy issue or a foreign nation's activities or its leadership qualifies as 'political activities' under the statutory definition... even if it views itself as "balanced" or aims to balance reporting by other journalists", chief of the Justice Department's counterintelligence division, Jay Bratt, wrote in the letter.

The Foreign Agents Registration Act (FARA) is applied by Washington to companies or individuals it considers to be working on behalf of a foreign government in order to spread propaganda among American citizens. However, it does not ban the entities/individuals designated as "foreign agents" from working in the US.

Al Jazeera, headquartered in Doha, has been slammed before as pro-Qatari media. A lot of the criticism has come from Saudi Arabia, which has had a tense relationship with Qatar and has accused AJ of supporting Islamist views. In 2017, Israel also considered banning the channel over allegations of inciting violence against it, which the network has denied.

The DOJ letter came after the UAE and Bahrain signed US-brokered accords to establish ties with Israel at the White House on Tuesday. The agreements were slammed by Palestine, which Israel does not recognise as an independent political entity.