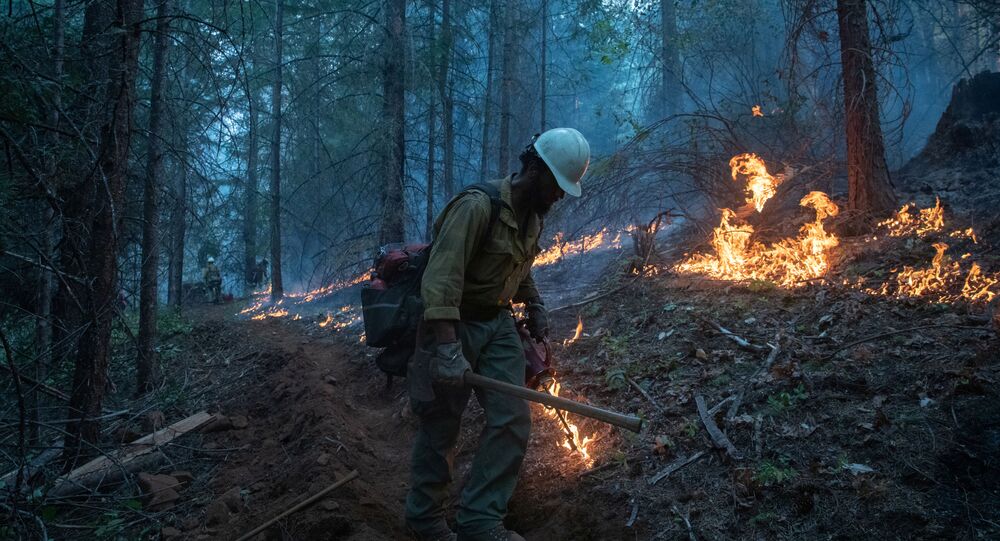 President Donald Trump earlier approved a major disaster declaration in the state, where the death toll from wildfires has reached ten, and could grow much higher, Governor Kate Brown warns.

"A group of different individuals that are actually trying to protect property" has been detected in wildfire evacuation zones in Oregon, according to local authorities.

"They actually have been armed and are stopping individuals within the commune out there", Clackamas County Sheriff Craig Roberts said at a press briefing on Monday.

The sheriff added the authorities have reached out to some of them and asked them to stop what they're doing. He also called on citizens to report anybody suspicious and let the police do their job.

"Let us handle it. It is illegal to stop somebody at gunpoint", Roberts said.

Active wildfires broke out in the state on 7 September, prompting the federal government to deploy National Guard troops there to assist local fire teams. By the end of the week, more than 1,000 Natina Gusrasmen will be deployed to the state, National Guard Adj. Gen. Mike Stencel said on Tuesday.

Wildfires continue to rage across parts of the US West Coast, most fiercely in the states of Washingon and California.