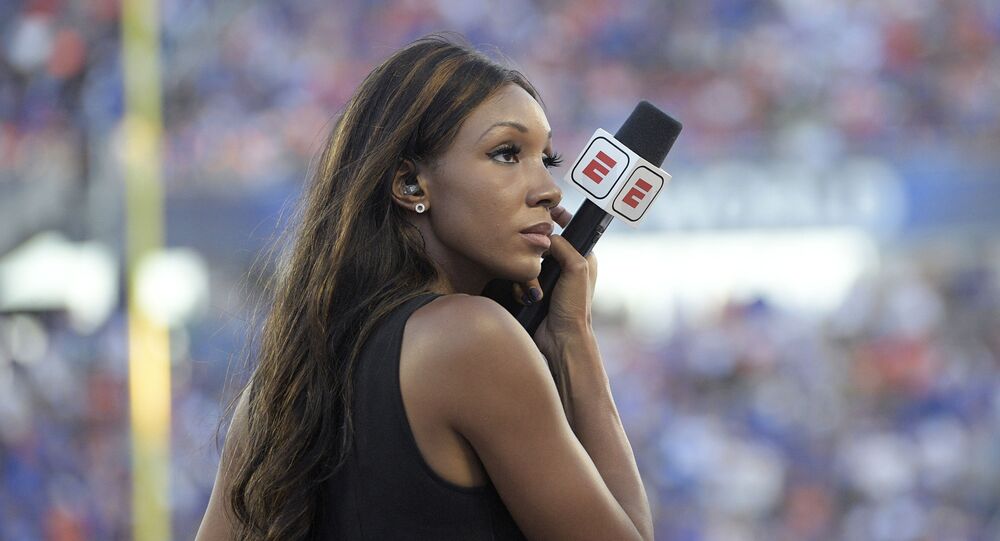 Even though McNeil reportedly deleted his tweet less than an hour after posting it, shortly after the company that owns the radio station he works for soon announced his dismissal.

According to the newspaper, the tweet in question featured a photo of Taylor during "Monday Night Football" with the following caption: "NFL sideline reporter or a host for the AVN annual awards presentation?" - a reference to "an annual ceremony to celebrate pornographic films".

And although McNeil reportedly deleted the tweet less than an hour after posting it amid the ensuing backlash, Entercom Chicago, the company that owns the station, announced he was fired within 24 hours of his posting the original message.

Well Danny Dearest if you would like to continue making sexist comments about me...please bring your misogyny with you to the NBA Countdown double header I’ll be hosting tomorrow night. Hey ladies remember you can wear whatever you feel confident in! @670TheScore @DannyMac670 https://t.co/bN0H582isU

​Rachel Williamson, senior vice-president and marketing manager of Entercom Chicago, told employees in a memo that “for each one of us our words have power”, noting that “for our brands and on-air personalities that is amplified and brings increased responsibility in how we chose to use our voices.”

"Last night’s tweet," she added, "and its degrading and humiliating tone to a fellow female broadcaster, was unacceptable. We have the best teams in Chicago, and we must hold ourselves to high expectations to continue to be leaders in our organization, our industry and our community. We apologise to all who were offended by Dan’s words, especially Maria."