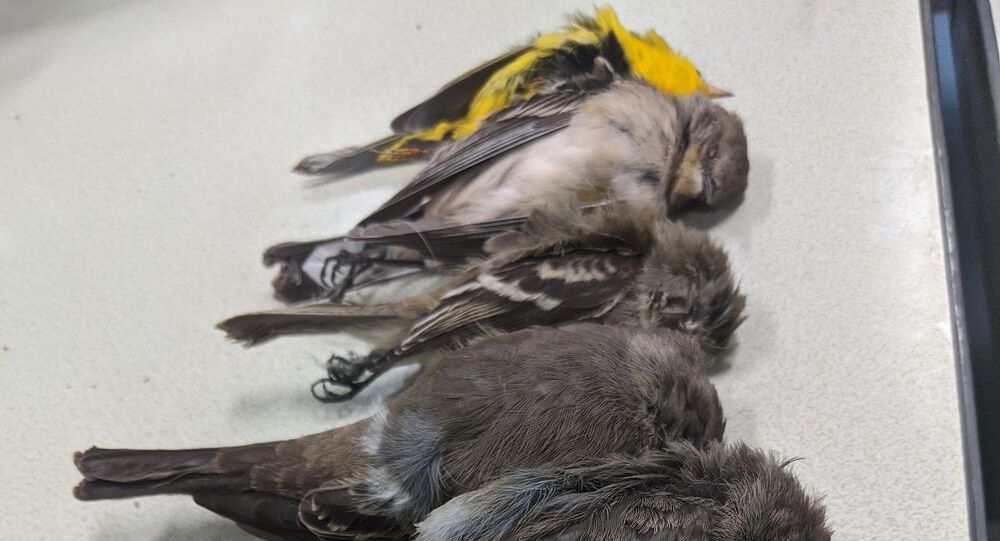 Birds need to refuel occasionally during their long migrations and if food along the way is in short supply some don’t make it. However, mass deaths caused by starvation during the flight have generally been pretty rare. That is, until this year.

Thousands of birds migrating from the Arctic tundra to America’s south-west have recently dropped dead in states such as New Mexico, Texas and Colorado as a result, it is believed, of climate change and the unprecedented wildfires it has caused, according to the Guardian which cited remarks made by Martha Desmond, a biology professor at New Mexico State University (NMSU).

Desmond says that the worst-hit species have been swallows, flycatchers and warblers which were spotted “falling out of the sky” in south-western American states, apparently suffering from emaciation during their migration from Alaska or Canada.

“I collected over a dozen in just a two-mile stretch in front of my house”, the professor said. “To see this and to be picking up these carcasses and realising how widespread this is, is personally devastating. To see this many individuals and species dying is a national tragedy”.

Desmond fears that hundreds of thousands of birds could already have died.

NMSU graduate student, Allison Salas, who has co-operated in collecting the dead birds, has discussed the mass deaths on Twitter and said that a team from her university was working with a group from the United States Fish and Wildlife Service to try to understand the cause of such unprecedented casualties.

“The birds seem to be in relatively good condition, except that they are extremely emaciated. They have no fat reserves and barely any muscle mass. Almost as if they have been flying until they just couldn’t fly anymore”, she said, while showing pictures of the carcasses that had been collected by the team.

USFWS and NM Game & Fish have been alerted. We at NMSU are working closely with them and other local wildlife biologist to understand the cause of this mass mortality. (2/9) pic.twitter.com/eg26PfejCQ

According to Salas, ornithologists “have very little data” at the moment but suspect that the wildfires along America’s west coast “in combination with the local cold front” have caused the birds to alter their migration patterns and travel along routes where resources are scarce, such as over the Chihuahuan Desert. Because of the shortage of insects and water there, the birds were effectively doomed to starvation during their refuel stop as they failed to build enough mass to continue their journey. Biologists also think that smoke caused by the wildfire could have damaged their lungs mid-flight.

© Sputnik / Max Vetrov
Mysterious Horse Murders in France: 'We’re All Outraged, Anxious, and Furious', Animal Owner Says
“It could be a combination of things. It could be something that’s still completely unknown to us”, Salas suggested.

However, these kind of mass mortalities are still relatively rare in history, which raises even more questions among ornithologists.

“The fact that we’re finding hundreds of these birds dying, just kind of falling out of the sky is extremely alarming … The volume of carcasses that we have found has literally given me chills”, the NMSU student concluded.