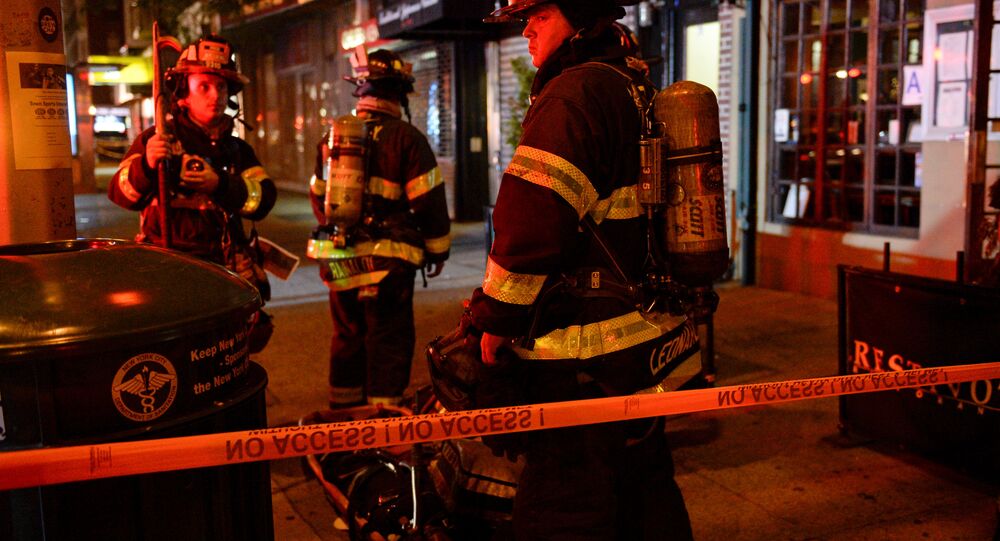 New York authorities were tipped off to the potential explosives after a fire broke out on the first floor of a two-story home, located in Astoria Park, Queens on 19th Street.

Around 40 pounds (about 18 kg) of potassium nitrate were found in a two-story house in Queens, alarming police officials.

After firefighters arrived at the scene, they discovered materials at the site "that raised some concern", NYPD Deputy Commissioner John Miller said, as quoted by the New York Post.

ADVISORY: Please avoid the area of 19th Street and Astoria Park in Queens due to a @NYPDCT Bomb Squad investigation into hazardous material that was found inside of a house. Expect police presence and emergency vehicles in the area. More to follow. pic.twitter.com/nQIOR5dTEP

Something happening around Astoria park tonight with a #bomb squad pic.twitter.com/olX4wEGJUf

​“There was no assembled device found, at this point,” Miller noted. “But I think the concern would be the individual chemicals that were found, and what they could combine to make,” he added.

The NYPD Bomb Squad and the FBI are investigating the incident.

Potassium nitrate, a compound commonly used as fertiliser, can also be used to make explosives; the Beirut blast which destroyed a large section of the Lebanese capital was caused by the detonation of 2,750 tonnes of ammonium nitrate, an industrial chemical which is also used mainly as an agricultural fertiliser.