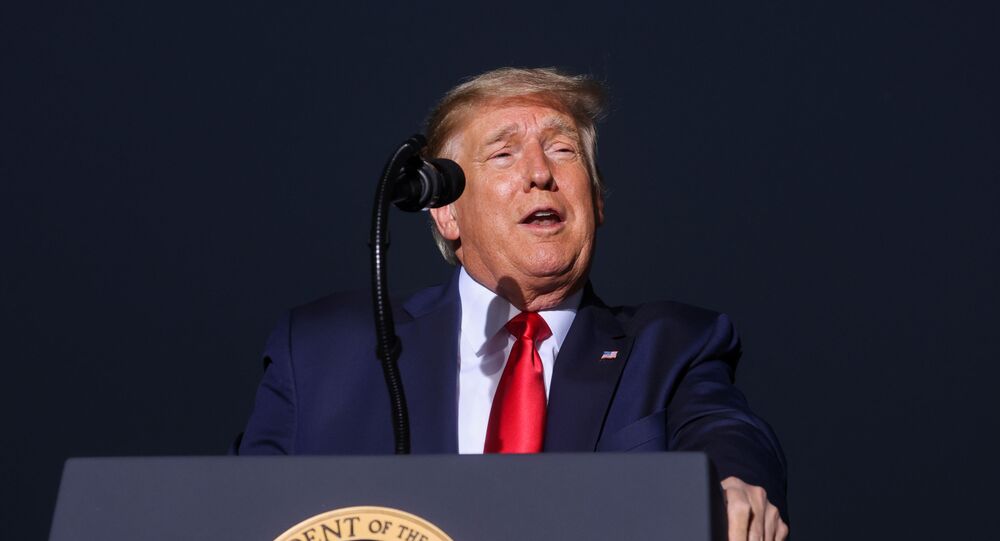 The US president has repeatedly hinted that there will be one approved vaccine against the novel coronavirus before he stands for reelection on 3 November.

President Donald Trump announced on Tuesday that the United States is "very close to having a vaccine" against COVID-19 , adding that it could be ready within weeks.

"If you want to know the truth, the previous administration would have taken perhaps years to have a vaccine because of the FDA and all the approvals. And we're within weeks of getting it you know could be three weeks, four weeks", Trump said in a town hall anchored by ABC News' George Stephanopoulos.

Currently, the administration is working with six trial vaccines, of which three have entered the key Phase 3 trial of public testing.

While President Trump has implied that the vaccine would be ready ahead of Election Day, US National Institutes of Health Director Francis Collins said last week it is impossible to predict if the US will have it by 3 November, but expressed optimism that one will emerge by the end of 2020.

Democrats have expressed concerns that the Food and Drug Administration (FDA) was forced to speed up the development of the vaccine, which could potentially undermine its effectiveness. However, Commissioner Steven Hanh said that the FDA will deliver a safe and effective vaccine and will not rush one under any influence outside of science.

As negotiations on the next coronavirus relief bill have been stalled for more than a month already, Trump was asked why he couldn't work it out with House Speaker Nancy Pelosi. "Because they know exactly where I stand", Trump replied.

"What they want is a bailout of Democrat run states that are doing poorly..", Trump said before the host interrupted him wondering why he was talking about states and cities being Democrat when they are American.

Trump said that he's "the president of everybody", and even if he doesn't want to say that, these are Democrat-run cities. "It is what it is", he concluded.

Trump was also challenged by a black pastor, who said he voted for Jill Stein in 2016. The man wondered why there was the word "again" in the MAGA slogan, because "that pushes us back to a time in which we cannot identify with such "greatness", he said. He said Trump has yet "to address and acknowledge that there has been a race problem in America".

"I hope there's not a race problem", Trump replied. "I can tell you there's none with me because I have great respect for all races, for everybody. This country is great because of it".

When pressed by Stephanopoulos that there is still an income gap between black and white Americans, Trump said that his administration was doing a good job and the situation was turning for the better.