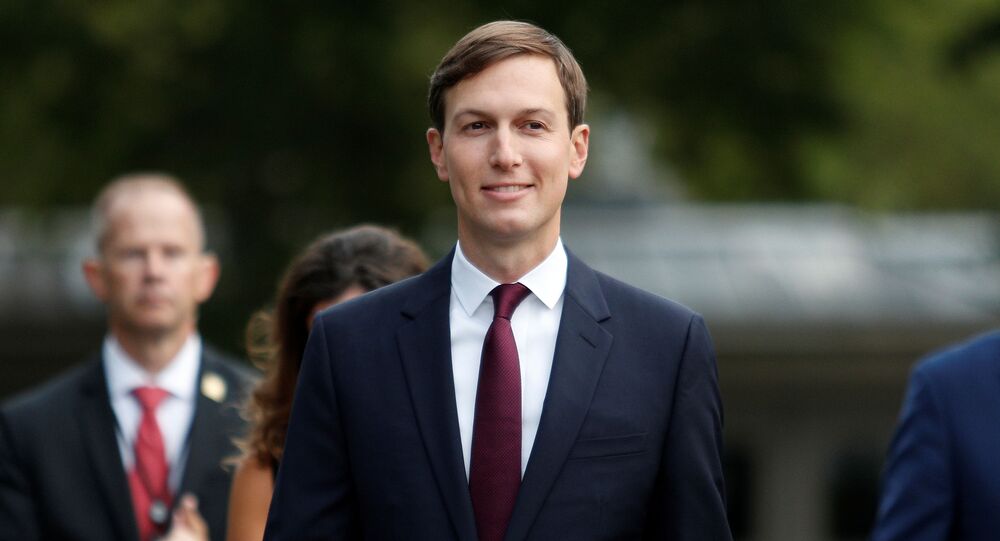 Trump's son-in-law has been a "supervisor" of the US president's peace initiatives in the Middle East, namely the "the deal of the century" that proposed recognising Israeli West Bank settlements and the fresh Abraham Peace Accords signed by the US, Israel, Bahrain and the UAE.

Rapper and now presidential candidate Kanye West has praised White House Senior Advisor Jared Kushner, claiming that he will have done more to establish peace in the conflict-torn Middle East than anyone has in three decades.

Jared Kushner will have done more for peace in the Middle East than anyone in 30 years https://t.co/bzoediTLTG

​West shared a tweet just hours after Bahrain and the United Arab Emirates officially reconciled with Israel by signing US-brokered peace agreements at the White House. They became the 3rd and 4th Arab states to officially recognise Israel after Egypt in 1979 and Jordan in 1994.

Under the Israeli-UAE accord, Tel Aviv promised to put on hold its plans of constructing more settlements in the occupied West Bank. Abu-Dhabi earlier said that despite reaching an agreement with Israel, it is not against the creation of a Palestinian state.

Kushner previously said that other states will inevitably engage in the peace process launched by the United States and join similar agreements with Israel. Without specifying, he said that several states are already in the process of talks with Israel.

Media has reported that Saudi Arabia is likely to be the next state to normalise relations with Israel. In late August, President Trump said he expected the Kingdom to join a landmark accord reached between the UAE and Israel on establishing diplomatic relations and cooperation in various spheres. Prior to that, Saudi Arabia allowed the use of its airspace for flights between Israel and the UAE.

However, the Kingdom insists on the creation of a Palestinian state as a precondition for formally recognising Israel.

Traditionally, Arab League States have been hostile towards Israel, insisting on restoring the border between the Jewish state and Palestine to where it was before the 1967 Six-Day War as the basis for peace. As of today, Israel refuses to recognise the Palestinian National Authority as an independent political and diplomatic entity.

The Abraham Peace Accords have been met negatively by the Palestinian authorities, with Mahmoud Abbas saying they will not bring peace to the region.