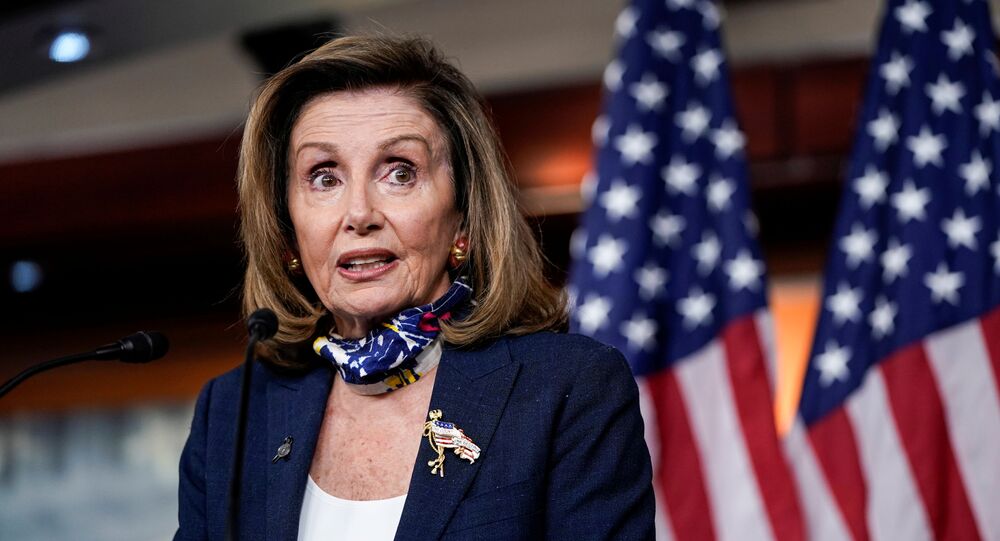 The host explained he was simply criticising President Trump for using this "nickname" towards the house speaker, which Pelosi said she understood and accepted.

"What deal can we have, Crazy Nancy?  I'm sorry, that was the President. I have such reverence for the office.  I would never use that term, but it is...", Cramer said speaking to Pelosi.

"But you just did", the house speaker replied.

Cramer then said that she knows what he means, and tried to minimise the damage, saying that it was him just trying to make a reference to the Trump Administration by using this nickname.

"The reverence I have for the office is so great that I think it's a travesty to ever call – look, you spent your whole life in public service", he said.

Pelosi replied that everything President Trump says is just a "projection of his own insecurities" and that when he calls people crazy, it is "because he knows he is".

"Crazy Pelosi" has been one of the "nicknames" used by Donald Trump on Twitter when referring to Democrats. It was picked up by the supporters, though the US president has never used it when speaking to the house speaker in real life.