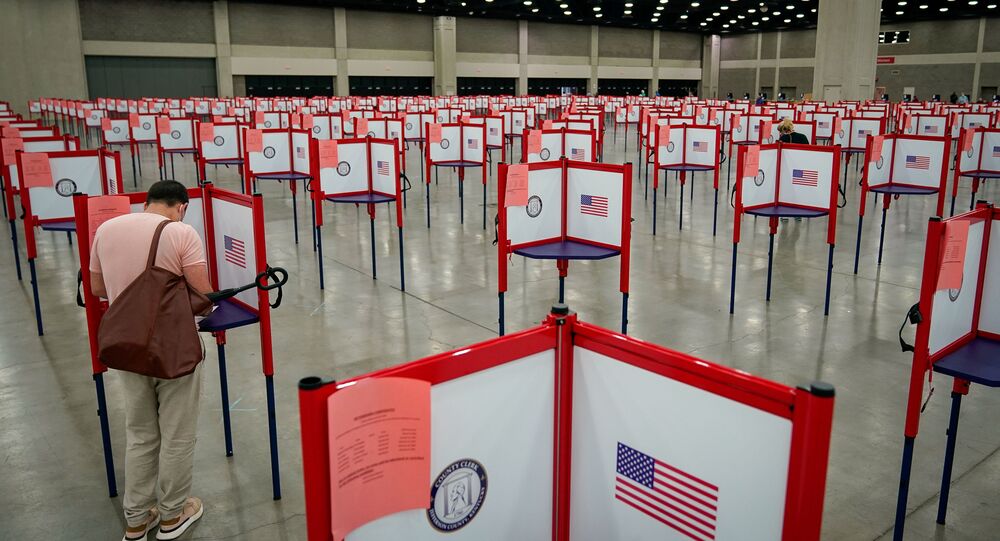 WASHINGTON (Sputnik) - Violent attacks in protests against police abuses emerged as a key issue determining how people will vote in the upcoming US presidential election in a poll by Rasmussen Reports on Tuesday.

"Among all voters, 65 percent say the violent protests are important to their vote in the presidential election this fall, with 41 percent who say it’s Very Important", a press release explaining the poll said.

The poll gave no indication of whether the protests would help President Donald Trump or former Vice President Joe Biden. However, Trump has made law and order a key theme of his campaign, while Biden faces criticism from detractors who accuse him of being overly tepid in condemning the violence.

© AP Photo / Branimir Kvartuc
Samuel L Jackson Says Donald Trump is 'Dangerous' for US, Wonders Who Would Vote For Him
The poll showed that 42 percent of likely US voters have had anti-police protests in their community this summer, with nearly half of those saying demonstrations have turned violent.

Nearly four months of nationwide demonstrations reflect anger over the incidents in which African-American suspects are killed by police. The protests are often marred by groups of far-left anarchists and members of Antifa who attack law enforcement targets such as police stations, courthouses and officers themselves.