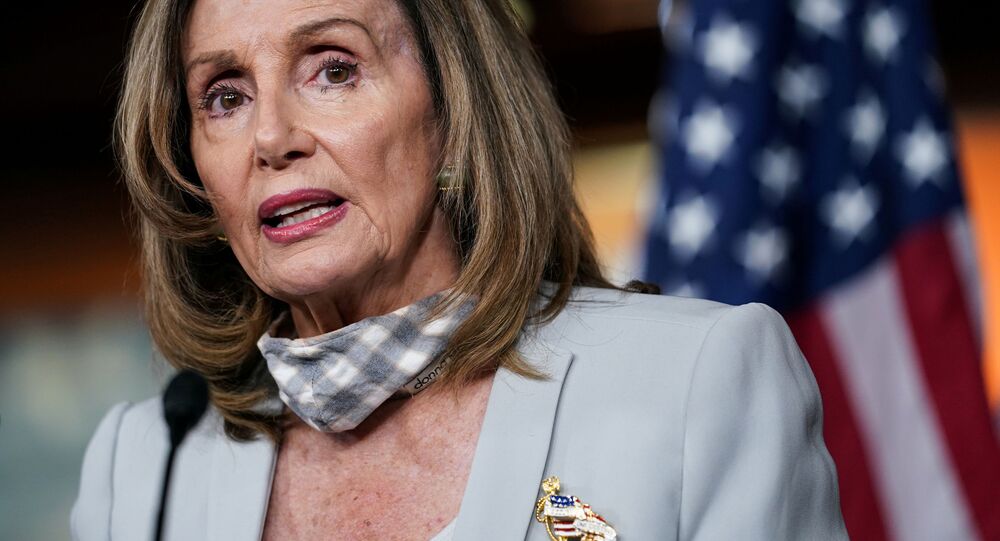 The centrist New Democrats faction and the fiscally-conservative Blue Dog Democrats have piled pressure on House of Representatives majority leader Nancy Pelosi to compromise with the Republican-held Senate on a new coronavirus bailout for the nation.

US House speaker Nancy Pelosi has said the House of Representatives will stay in session until the deadlock on COVID-19 lockdown economic aid is agreed.

“We have to stay here until we have a bill,” Pelosi insisted in a conference call with Democratic representatives on Tuesday.

She said she was even considering extending the current sitting passed the October 2 pre-election recess date, telling CNBC's Jim Cramer: “We are committed to staying here until we have an agreement.”

House Democratic caucus chair Hakeem Jeffries said: "The overwhelming consensus amongst the members is that we stick around until we get something done for the American people".

But Pelosi insisted she wasn't ready to accept a "skinny" $650 billion sequel to March's $2.2 trillion CARES Act in any compromise with Republicans.

Her decision came after urging from two factions within the Democratic Party worried that failure to reach a deal would be punished in November 3's presidential and House elections.

© REUTERS / LEAH MILLIS
Trump Says Willing to Use $300 Billion of Unspent Money for COVID-19 Stimulus
The fiscally-conservative Blue Dog Democrats have been pressing Pelosi for weeks, and on Monday the centrist New Democrats joined calls for a compromise.

“We are not in any way attempting to undermine the Speaker's negotiating positions,” New Democrats member and congresswoman for New Hampshire Ann Kuster said. “Having said that we are taking the position that we want a deal and we don't think we should adjourn until we have it."

The Democrats' 'HEROES Act' for a $3 trillion stimulus packaged passed through the House in May, including an additional $1,200 per month in stimulus payments to most adults and $600 more in monthly federal jobless benefits. But the Republican-controlled Senate has insisted on amendments the Democrats refuse to accept.

Sticking points including Republican objections to $1.1 triilion in aid to local government, and Democrat opposition to any of the $200 billion proposed by Republicans to help small businesses.

© CC0
More Than 1.1 Mln US Workers File Jobless Claims Amid Fight Over Stimulus, Labor Dept. Says
Despite her newfound willingness to compromise, Pelosi told MSNBC on Monday that she had not even spoken to President Donald Trump for almost a year, calling it a waste of time.

“We all want to have an agreement,” Pelosi said, “but it has to be real. What the Senate did was not real."

Pelosi has offered to cut the HEROES Act package to $2.2 trillion, but the White House wants it capped at around $1 trillion.

Treasury Secretary Steven Mnuchin said on Monday a compromise was possible, but Pelosi was blocking it for fear of making Trump look good ahead of the election. "I am somewhat concerned that she's afraid any deal would be good for the president," he said.

Trump has already applied economic relief measures by executive power, and vowed to act over the heads of Congress if legislators fail to reach a deal.