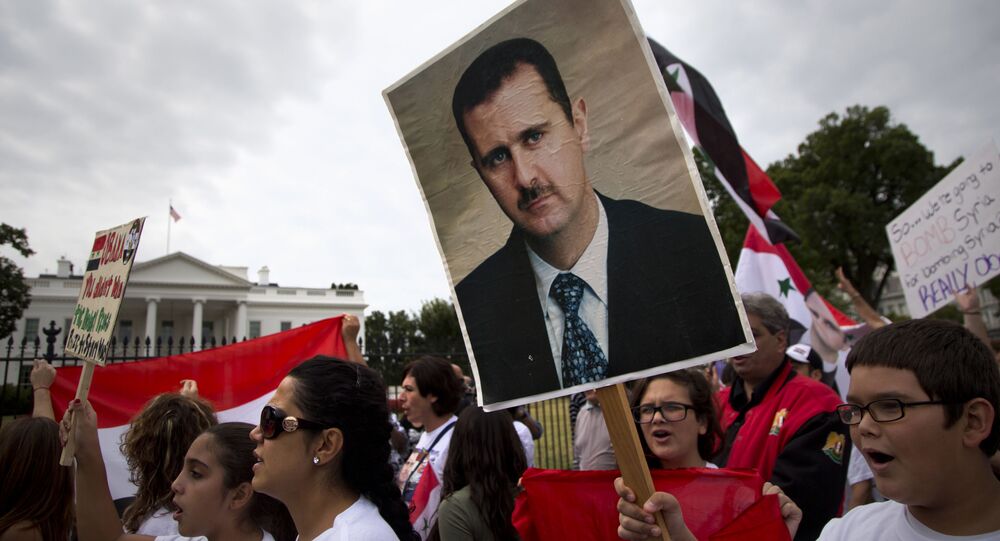 In 2018, POTUS rejected claims by veteran US journalist Bob Woodward that he had ordered the assassination of Syrian President Bashar Assad, adding that the issue had “never even” been contemplated.

US President Donald Trump said on Tuesday that he once had an opportunity to eliminate Syria’s President Bashar Assad, but that he does not regret not doing it.

“No, I don't regret that. I could have lived either way with that. I considered him [Assad] certainly not a good person. I had a shot to take him out if I wanted and [the-then Defence Secretary James] Mattis was against […] most of that stuff”, Trump told Fox News on Tuesday, dubbing Mattis “a highly overrated general”.

The 70-year-old resigned from his Pentagon position in December 2018, a day after Trump announced that he would withdraw troops from Syria, in a move that Mattis opposed.

© REUTERS / SANA
Syria's President Bashar al-Assad addresses the new members of parliament in Damascus, Syria in this handout released by SANA on August 12, 2020.

In his resignation letter, the-then Pentagon chief explained that he made the decision because President Trump had "the right to have a secretary of defence whose views are better aligned" with his own on issues, including a commitment to US alliances and the war against Daesh.

POTUS’ Fox News interview comes two years after Trump dismissed allegations that he supported “the assassination" of Assad, adding that the issue was “never even contemplated”.

“Not at all. No, the book is fiction. I heard somewhere where they said the assassination of President Assad by the United States. […] The book is total fiction, just like he wrote in the past about other presidents”, Trump said during a White House briefing in September 2018.

He was referring to the book by veteran American reporter Bob Woodward, which was titled Fear: Trump in the White House and was released earlier in 2018.

© Photo : Press Service of the President of Syria
'This is Not My Language': Assad Responds to Trump's Insult
The book, in particular, claims that Trump had ordered the Pentagon to arrange the assassination of Assad after a chemical weapons incident in Syria's Idlib province on 4 April 2017 that killed about 80 civilians and injured 200 more.

While the Syrian opposition and a number of Western countries accused the Arab country’s government troops of carrying out the attack, Damascus denied the allegations, with Assad stressing that his government had never used weapons of mass destruction, including chemical weapons, against the Syrian people.

The Idlib incident was used as a pretext for a US missile strike against the Syrian military’s Ash Sha'irat airbase on 6 April 2017. Trump described the attack as a response to the Idlib incident, while Russian Foreign Minister Sergei Lavrov denounced the strike as a violation of international law.