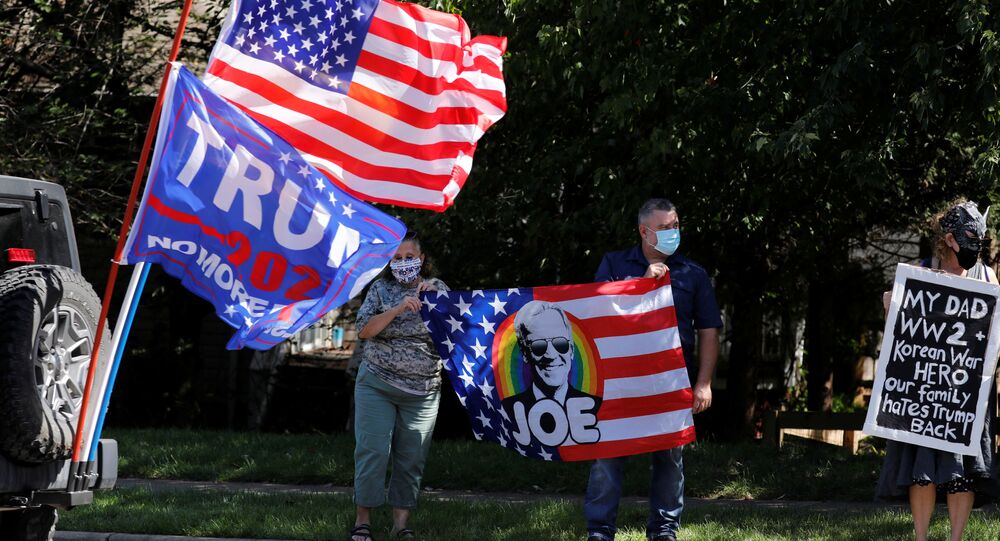 WASHINGTON (Sputnik) - US President Donald Trump said on Tuesday that Russia may be wishing to see his Democratic rival Joe Biden emerge victorious on Election Day.

"Russia - probably, they want Biden, because - look - nobody has been tougher to Russia than me. Nobody - with the [Nord Stream 2] pipeline, with the big military, we have become the number one energy country in the world. We are totally energy independent right now", Trump said in an interview to FOX TV channel.

"And, remember, Obama gave them pillows and I gave them tank-busters. It’s a big difference with Ukraine", Trump added.

The president's latest comments run contrary to other officials’ assessments who claimed that Russia covertly supports Trump’s re-election bid, unlike China and Iran, who are rooting for Biden. Russia denies allegations of meddling in the election or in US domestic affairs, saying such claims are unfounded.

Biden leads by 7.5 percent nationally, a half-point bump from last week, according to the average of the most recent surveys published on poll aggregator Realclearpolitics.com as of Sunday evening.