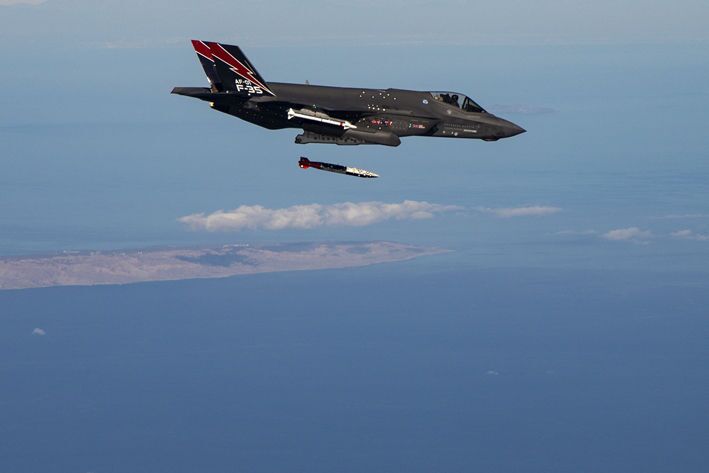 Until now, the US has had a policy of not selling advanced weapons to the Gulf countries that could undermine the military edge of its long-term ally Israel in the region.

US President Donald Trump has stated that he would have no issue with selling modern US-made weapons to the Gulf countries, instead of selling them exclusively to Israel in the region. His statement comes in the wake of Israel striking two peace deals with Gulf countries, the UAE and Bahrain, in a matter of weeks, purportedly clearing the way for Abu Dhabi's long-cherished desire to buy F-35 fighters, EA-18G Growler jets, and Reaper drones.

"They're very wealthy countries for the most part. I personally would have no problem with it. Some people do, they say [...] maybe they go to war", Trump said.

POTUS went on to clarify that he is specifically ready to sell the latest fifth-generation stealth fighter jet, the F-35, noting that such an opportunity would mean "tremendous jobs at home". Speaking about the Arab World, the president added on a side note that he had "had a shot" at "taking out" Syrian President Bashar Assad, but chose not to do so due to opposition to the move from then Defence Secretary James Mattis.

US House Speaker Nancy Pelosi later commented on the idea of selling F-35 fighter jets to the Gulf states, specifically to the UAE, noting that the Congress would want to evaluate the consequences of a possible sale. She namely stressed that the Congress would want to ensure that Israel retains its military edge in the Middle East after such a sale.

"As we learn more about the full details of both agreements, questions remain […] The US Congress, on a bipartisan basis, will be watching and monitoring to ensure that Israel can maintain its qualitative military edge in the region", Pelosi said.

The speaker went on to comment on the peace agreement between Israel and the UAE, which is set to be signed later on Tuesday, noting that it's "critically important" to understand the details of Tel Aviv's vow to suspend the extension of its sovereignty over certain areas of the West Bank.

Historic Peace Accords to Be Signed in Washington

Trump's remarks regarding the possible sale of weapons come ahead of a historic ceremony for the signing of peace accords between the UAE and Bahrain on the one side and Israel on the other. The three are to sign the agreements later in the day in Washington, after Trump helped the two Arab nations and Tel Aviv reach common ground to normalise their relations. The UAE and Bahrain became the third and the forth Arab countries respectively to normalise relations with Israel and the first two to do so among the Gulf countries. The signing ceremony will also be attended by a representative of another Gulf state, Oman.

Following the announcement of the deal between the UAE and Israel, conflicting reports emerged suggesting that Israeli Prime Minister Benjamin Netanyahu had both opposed the sale of American weapons to Abu Dhabi and silently approved of it. Netanyahu himself has denied the reports about weapons sales being part of Israel's deal with Abu Dhabi.

UAE Reportedly Calls Off Trilateral Meeting With US, Israel Over F-35 Sale

Israeli, US Delegations to Visit UAE Next Week for Normalization Talks - PM's Office