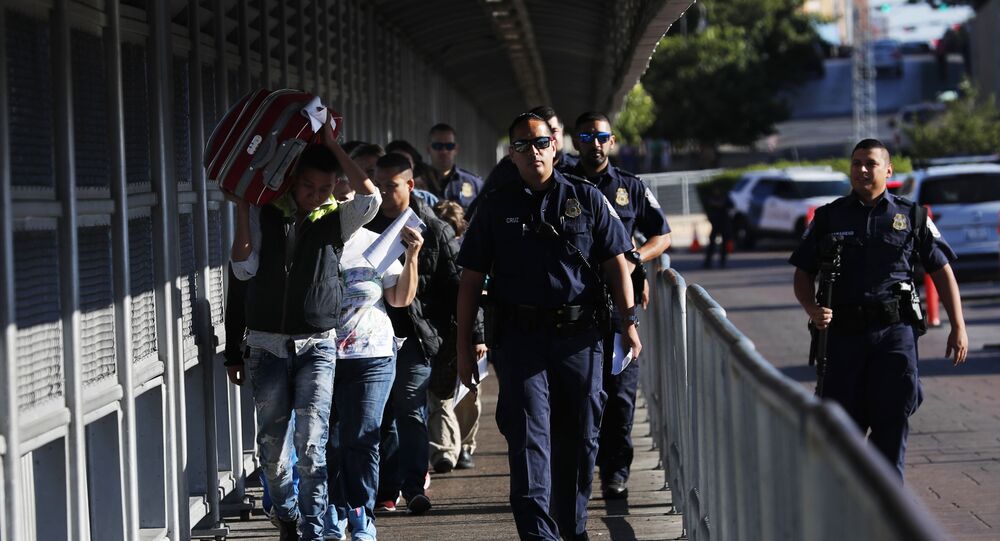 WASHINGTON (Sputnik) - The US Ninth Circuit Appeals Court has given the Trump administration a green light to carry through with its termination of temporary protected status (TPS) for undocumented immigrants from Sudan, Nicaragua, Haiti, and El Salvador, court documents revealed.

"On appeal, the Government argues that the district court abused its discretion in issuing the injunction because Plaintiffs have not shown a likelihood of success on either of their claims. We agree", Judge Consuelo Callahan wrote in the court's opinion on Monday.

"Based on our reading of the TPS statute, we hold that Plaintiffs’ APA claim is foreclosed from judicial review. We also conclude that Plaintiffs are unable to show a likelihood of success, or even serious questions going to the merits of their EPC claim. Accordingly, we reverse and vacate the preliminary injunction", Callahan added.

In 2018, a federal judge in the city of San Francisco blocked the Trump administration's decision to end deportation protections for foreign individuals who were displaced from the four countries due to natural disasters, wars, or other serious events.

US media reports said more than 300,000 undocumented immigrants from the four countries will be deported with the end of their temporary protection status.