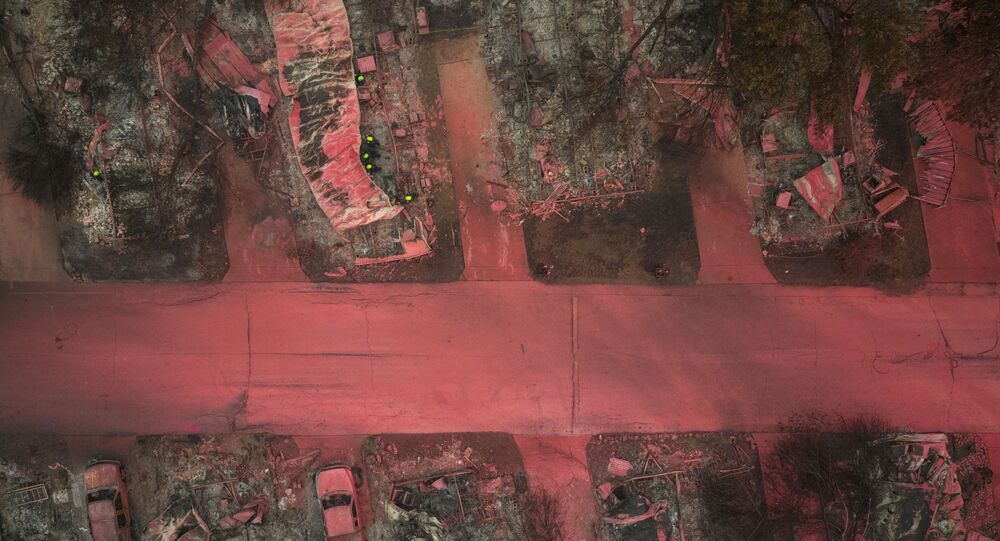 Oregon’s Office of Emergency Management (OEM) has announced that at least 22 individuals have been confirmed missing amid a series of wildfires estimated to affect "tens of thousands of people."

Andrew Phelps, director of the Oregon OEM, revealed during a Monday news conference that the current and accurate number of confirmed missing individuals from the wildfires is 22, KOIN reported. Citing law enforcement, he also announced at least 10 fatalities have been confirmed.

“We need to ensure we are providing a clear statewide picture of what we know,” Phelps said.

Democratic Oregon Governor Kate Brown called on US President Donald Trump to declare a major disaster. According to the Federal Emergency Management Agency (FEMA) website, the ongoing Oregon wildfires have only been classified as an emergency since September 10.

Brown, like Democratic California Governor Gavin Newsom, has argued that the intensity of the fires raging in Oregon, Washington and California is a clear sign of climate change.

“We saw incredible winds, we saw very cold hot temperatures, and of course we have a landscape that has seen 30 years of drought,” Brown said on the Sunday broadcast of CBS’s "Face the Nation."

“This is truly the bellwether for climate change on the west coast and this is a wake-up call for all of us that we have to do everything in our power to tackle climate change.”

This comes contrary to remarks recently made by Trump, who was told by California Secretary for Natural Resources Wade Crowfoot that climate change needs to be recognized and "science is gonna be key."

Wade Crowfoot, CA Sec. for Natural Resources: "I wish science agreed with you."

The Oregon OEM announced on Sunday that FEMA and additional federal partners had begun working together to carry out a coordinated wildfire response.

More than 1 million acres have been burned in Oregon - accounting for an area of destruction larger than the state of Rhode Island, KOIN noted. Some 40,000 individuals have been forced to evacuate their homes.

Sunday estimates published in the Wall Street Journal detailed that 3.3 million acres have been burned in California, where 16,700 firefighters were battling more the 24 wildfires over the weekend.

More than 665,854 acres have burned in Washington, the outlet noted, citing the National Interagency Fire Center.

‘They All Plan Ahead’: Catastrophic Wildfire Response Shows US Must Learn Disaster Relief From Cuba