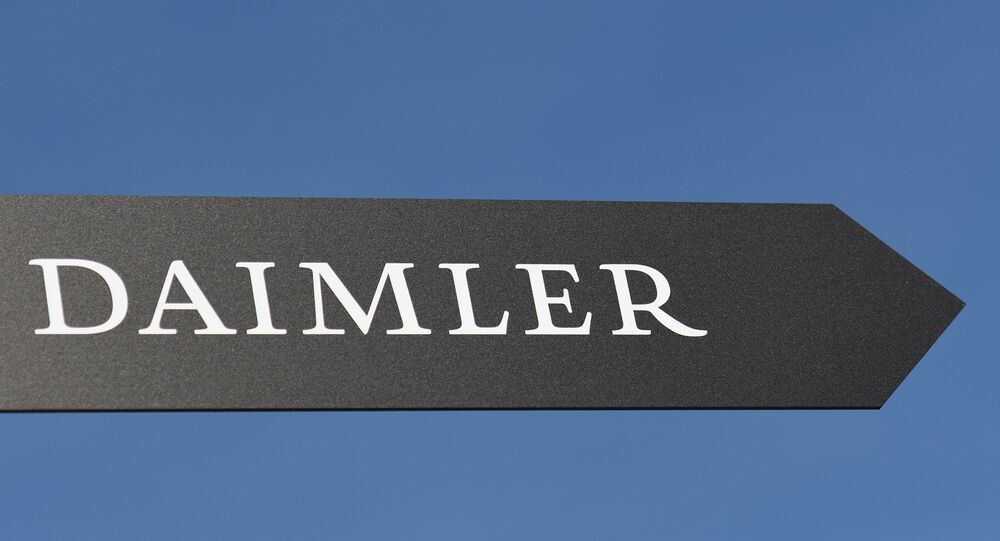 WASHINGTON, September 14 (Sputnik) - German automaker Daimler AG has reached a $1.5 billion settlement with the US government for cheating on the legally established emissions standards in the United States, the Justice Department announced on Monday.

Daimler was under investigation for installing auxiliary emission control devices and defeat devices in Mercedes-Benz diesel vehicles sold in the United States between 2009 and 2016 in direct contravention of the Clean Air Act.

“Daimler will pay a civil penalty totaling $875 million, which equates to about a $3,500 penalty for each vehicle that was sold in the United States,” Deputy US Attorney General Jeffrey Rosen said. “Together, the total cost to Daimler of these undertakings and other requirements is around $1.5 billion.”

In addition to the civil penalty, the Daimler will fix all of the affected vehicles, at an estimated cost of $400 million, replace 15 old locomotive engines with a new low nitrogen oxide-emitting variant and commission an independent review of internal corporate compliance procedures.

Rosen noted that the settlement is the largest civil penalty per-vehicle imposed for contravening the Clean Air Act.

In recent years, the US government has launched several investigations into emissions standards cheating committed by major automakers. In 2017, Volkswagen AG paid a $4.3 billion penalty for misleading regulators and consumers about its diesel engines' emissions, while Fiat Chrysler and Ford have also been investigated for potential violations.