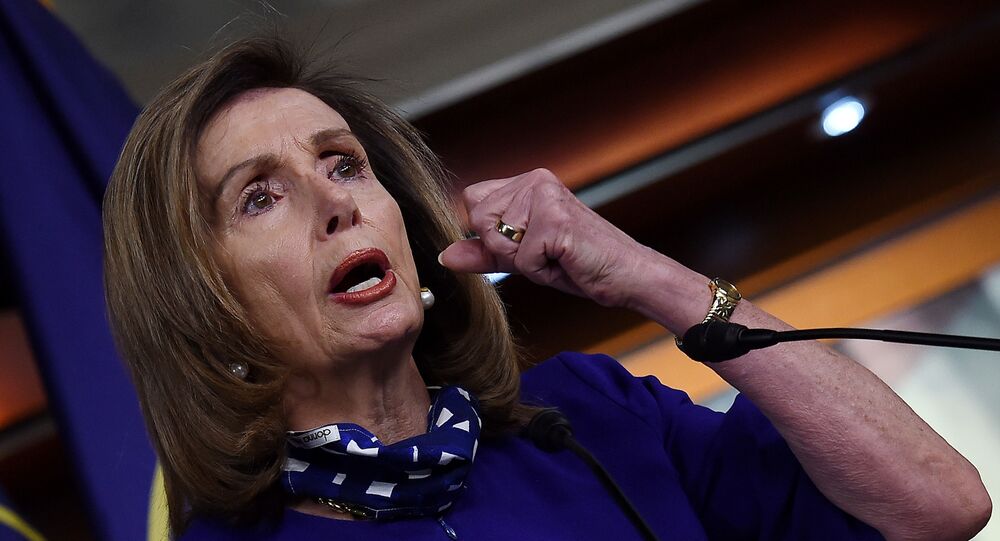 Pelosi Explains Not Speaking to Trump for Almost a Year, Says She Doesn't Find It 'Good Use of Time'

The House Speaker said she has instead relied on officials in the Trump administration to discuss important issues, including the coronavirus relief package and the ongoing wildfires in her home state of California and some other states.

Nancy Pelosi has confirmed she hasn't spoken to President Donald Trump for almost a year, explaining that she has discussed the most important issues with Treasury Secretary Steven Mnuchin or White House Chief of Staff Mark Meadows.

"Well, I've spoken to his representatives and he says that they speak for him. And I take that to be true about the secretary of the Treasury and we have worked together", Pelosi said in an interview on MSNBC.

The congresswoman said she doesn't consider interaction with the president "a good use of time", adding that she cannot rely on him.

"Quite frankly, my experience with the president has been that it hasn't been on the level. You know, he'll say something and then it doesn't really happen. So in the interest of time, we'll work with who he sends over", Pelosi said.

The relationship between Trump and Pelosi has been strained ever since she was elected to lead the House of Representatives and has even worsened since the start of the COVID-19 pandemic in the US. Pelosi has criticised Trump's handling of the virus, while he has said she and other Democrats have been pushing efforts to get him out of the office.

The negotiations on the next coronavirus aid bill have been stalled for more than a month, with both Democrats and Republicans blaming each other for hindering the process. On Thursday, the Senate rejected a $500 billion aid bill proposed by Republicans. Pelosi said prior to that that she is not ruling out reaching an agreement on the relief package before the November election.