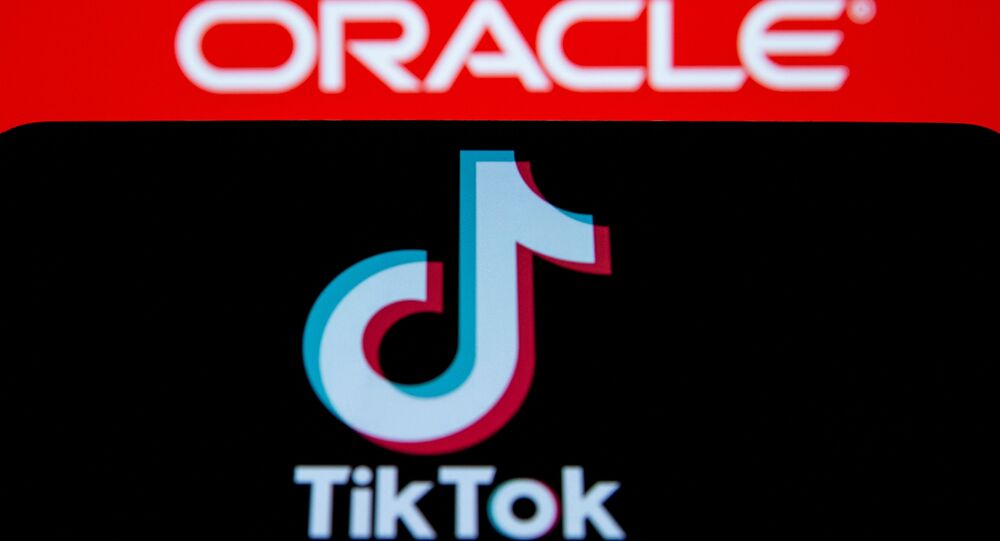 The highly popular social media platform ended up in Washington's crosshairs amid allegations it might be dumping information about its users to Beijing and purportedly help it in meddling into the November presidential election in the US.

US Treasury Secretary Steven Mnuchin has announced that the government received Oracle's bid to become TikTok's "trusted technology partner" over the weekend and that the proposal will be reviewed by the Committee on Foreign Investment in the US (CFIUS) and the White House this week. According to the head of the Treasury, TikTok has also committed to building a global headquarters, which is slated to host 20,000 jobs. Mnuchin added that the deadline for finalising the deal is set for 20 September.

Oracle later confirmed that it was a party to a proposal made by TikTok's owner to the US government. Under the suggested deal, Oracle would become a technology partner of the Chinese firm, although the details of the agreement and the nature of the two companies' cooperation remain unclear.

Previously the Trump administration had set the deadline for transferring TikTok's operations in the US to an American company for 15 September, threatening to ban the popular video platform otherwise. Microsoft was the first to offer to buy TikTok's business in the US from its owner, ByteDance, but the company turned down the proposal on 13 September.

The White House ultimatum for TikTok stems from its claims that the Chinese company ByteDance might be transferring data on American users to Beijing and that the latter might use the platform to meddle into the November presidential election in the US. While the company strongly denied the allegations, Washington still demanded that its operations on US soil must be operated and controlled by an American company.

Beijing condemned the US action on 14 September, accusing it of exercising undue pressure on foreign, specifically Chinese, businesses. Chinese Foreign Ministry spokesman Wang Wenbin has slammed Washington's hypocrisy, pointing out that despite calls for a "free internet", the US itself "abuses power", intimidates and applies "arbitrary pressure" on non-US companies that have managed to achieve "leadership in certain fields".

"China has already repeatedly stated its stance on the issue of TikTok. The US cracked down on TikTok, it was a typical state-coerced deal. All of this openly demonstrates the true intentions of certain US politicians and the ugly face of economic bullying", the Foreign Ministry's spokesman said.

Wenbin added that Beijing would support Chinese companies, who faced US pressure and whose "legitimate rights and interests" had been violated. The spokesperson further called on the US to abandon its biased practices and to "provide an open, fair and non-discriminatory business environment for foreign companies".