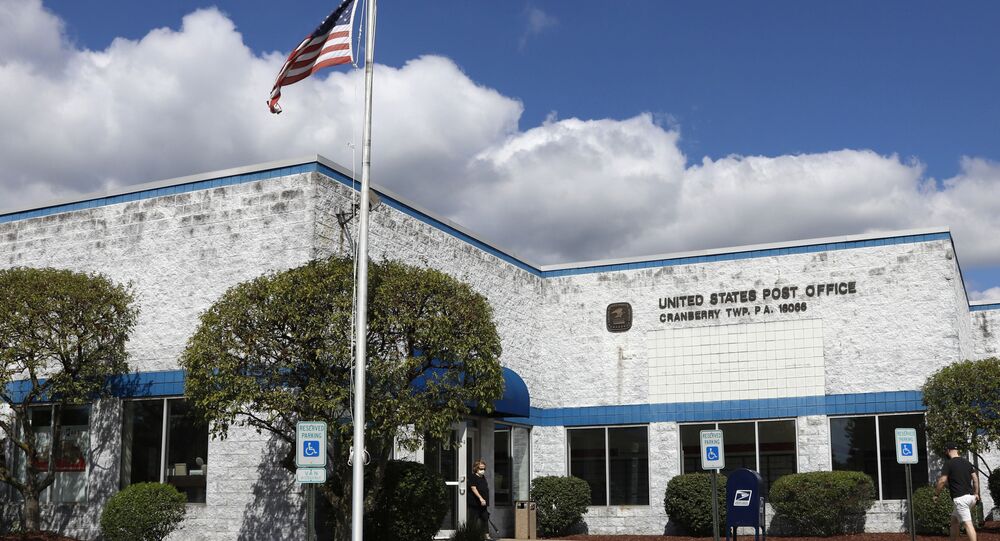 WASHINGTON (Sputnik) - The US Postal Service (USPS) has been temporarily prohibited from sending out election information postcards that could potentially mislead US voters, according to Colorado Secretary of State Jena Griswold.

On Saturday, Griswold announced that she had filed a lawsuit and a temporary restraining order against the USPS for sending out "misinformation" about mail ballots to millions of US voters. Later on Sunday, she revealed that the restraining order was granted.

​Griswold claims that information on USPS postcards is not specific to Colorado’s voting process and could affect voters’ decision to participate in the US presidential election in November.

US President Donald Trump has repeatedly warned the public that the Democrats have sent 80 million ballots over the mail mostly to people who have not asked for them and may likely misuse them to affect the election result.

The Democrats have argued that mail-in ballots are necessary to avoid the spread of the coronavirus in the US.