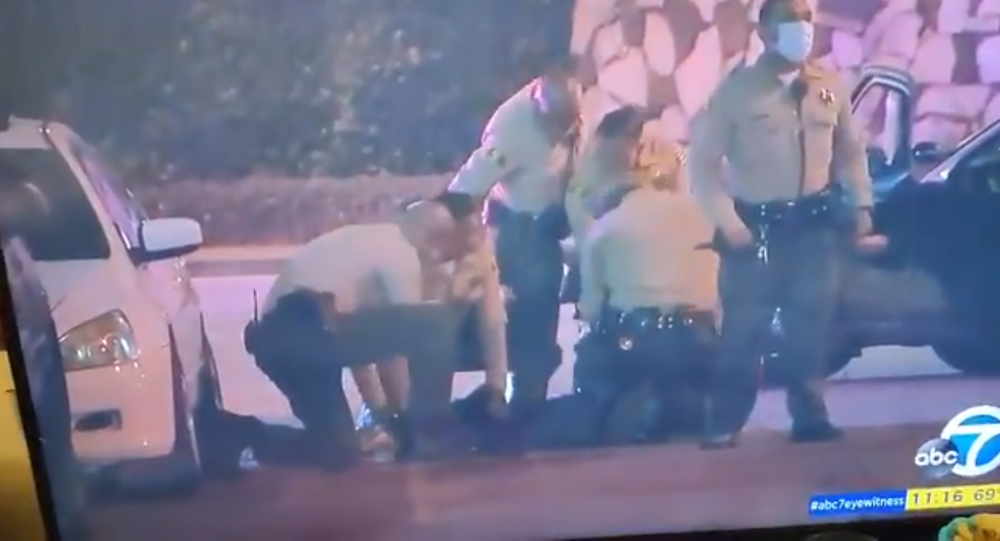 The arrest of KPCC radio and LAist reporter, Josie Huang, comes after two LA County Sheriff deputies were shot on Saturday in what was described by police as an "ambush shooting".

KPCC and LAist reporter Josie Huang, covering the arrest of one of the detainees taken into custody during a protest in Los Angeles, was pinned to the ground by police officers and subsequently arrested.

The incident was caught on camera, with the video showing several officers handcuffing Huang, declaring that she had been detained for "interfering with a lawful arrest", according to the LAist, also accused of not clearly displaying her press credentials.

The footage drew condemnation from National Public Radio (NPR) and Huang's fellow journalists, with staff at KPCC and the LAist denouncing police for arresting a reporter who was doing her job.

"NPR is appalled by the arrest of Josie Huang, a KPCC public radio reporter, who was performing her job last night—gathering facts to inform the American public. The rights of journalists are protected by the First Amendment, and essential to an informed public and our Democracy", according to an NPR statement.

ABC7 showing video of radio reporter being taken down to the pavement by officers, handcuffed and led to a patrol car outside of hospital where two #LA County deputies shot in ambush are being treated @LASDHQ #crime #SoCal pic.twitter.com/rTg1UdeDKA

​KPCC demanded that charges be dropped, also offering condolences in regard to the Saturday shooting of two LA County Sheriff deputies in what was described as an "ambush shooting".

Huang's arrest came amid a search for the suspect behind the shooting, with LA County Sheriffs offering a $100,000 reward for help in finding the shooter.

According to the police, however, Huang failed to identify herself as press and "later admitted she did not have proper press credentials on her person".

Protests in Los Angeles are part of a nationwide wave against racism and police brutality sparked by the killing of a black man, George Floyd, by a white police officer during an arrest in late May.