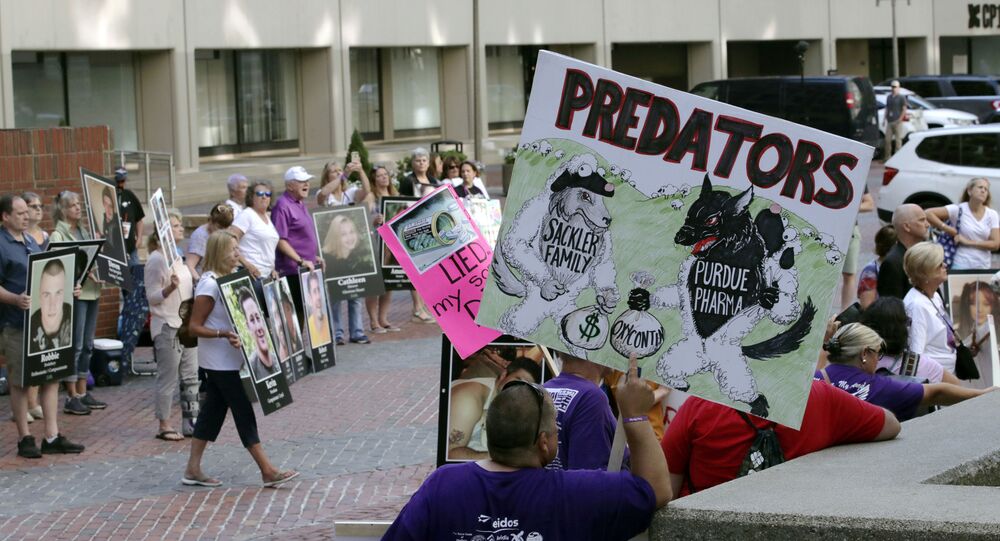 US President Donald Trump's Sunday tweet was short on details of his latest order targeting the pharmaceutical business, but the text posted on the White House website clarified that the Medicare system for over-65s would pay no more for drugs than in any other developed nation.

In a tweet on Sunday afternoon, Trump wrote: "My Most Favored Nation order will ensure that our Country gets the same low price Big Pharma gives to other countries".

"The days of global freeriding at America’s expense are over and prices are coming down FAST! Also just ended all rebates to middlemen, further reducing prices."

The president did not reveal details of the order in his tweet, but the text of the order on the White House website explained that the federally-funded Medicare system for over-65s would only pay the “most-favored-nation price” - or lowest available in any Organization for Economic Cooperation and Development (OECD) member state with a "comparable" level of economic development.

"Other countries’ governments regulate drug prices by negotiating with drug manufacturers to secure bargain prices, leaving Americans to make up the difference — effectively subsidizing innovation and lower-cost drugs for the rest of the world," it stressed.

© Photo : THE RUSSIAN DIRECT INVESTMENT FU
Russian FM: US Sanctions on Institute Working on COVID Vaccine Aimed at Promoting Their Own Pharma

The order is not Trump's first move against 'Big Pharma'. In July he signed four orders designed to reduce prescription drug prices, including by allowing discounts and the import of cheaper products from abroad.

In 2018 he accused foreign firms of price-gouging on the US market, charging far more for drugs than in other countries.

Trade body the Pharmaceutical Research and Manufacturers of America hit back, with CEO Stephen J Ubl insisting: "The administration is creating a huge disincentive to invest in U.S. biopharmaceutical research and manufacturing."

Ubl said the order forced firms to shift "critical attention and resources" away from work on COVID-19 to restructuring business models to comply with the executive orders.

Trump slammed drug company TV adverts claiming his policies would raise prices for the elderly, tweeting: "What I have done will lead to a 50% REDUCTION in prices, at least, & Big Pharma is not happy about it."