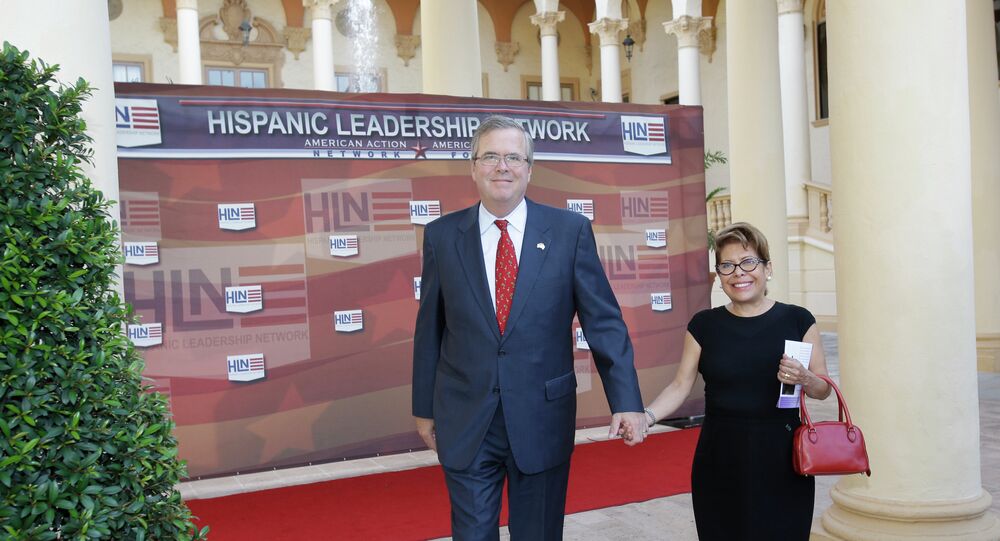 A New York Times list of the rich and powerful has included dozens of white faces among its examples of racial diversity.

The 'Faces of Power' article published on Thursday sets out to highlight the lack of diversity in the US power elite, but inflates the small proportion of non-white political, military and business leaders with dozens of people of European descent.

"According to the NYT, some European-Americans are non-White," tweeted University of Chicago sociology professor Rene D. Flores. "In their analysis of the most powerful people in the U.S. today, the paper classifies Europeans from the Iberian Peninsula like Spaniards and Portuguese as non-White."

He identifies Congressmen John Garamendi, who is of Spanish Basque origin, and Devin Nunes, a "3rd generation Portuguese American" as examples.

Republican senators Ted Cruz and Marco Rubio, whose surname is Spanish for 'blonde', are also listed as 'Hispanic'.

© REUTERS / KEVIN LAMARQUE
Biden Fends off Backlash for Saying Latino Community is Diverse, ‘Unlike the African American' One
The sociologist also pinpointed the inclusion of Pablo Isla, the Spanish CEO and chairman of the Inditex group which includes the world's largest clothing retailer Zara, as a Hispanic American. Isla is a Spanish citizen born and educated in Madrid, and Inditex is a Spanish corporation.

​"The reading of Iberian cultural cues as non-White and the classification of Middle-Eastern people as 'White' is a uniquely U.S. phenomenon," Flores writes, while in Canada "Middle-Eastern Canadians are officially considered non-White or 'visible minorities'."

"Marc Lasry is a Jewish person from Morocco. Hence, he’s most likely a descendant of Sephardi Jews expelled from Spain in the 1400’s," the professor continues. "However, since he was born in Morocco and not Spain (and his name doesn’t sound Iberian), he’s considered White by the NYT."

Massachusetts Senator Elizabeth Warren, whose claim of Cherokee ancestry from a DNA test was soundly rejected by Cherokee Nation Secretary of State Chuck Hoskin Jr. in 2018, is still classified as white in the article.