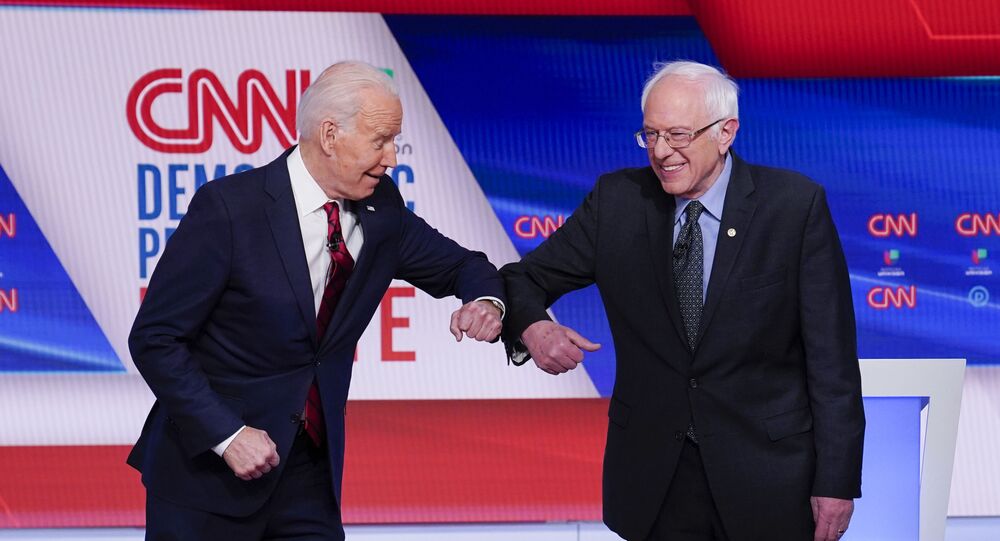 The admission from the Sanders camp came after the Washington Post quoted three anonymous Democrat insiders on Saturday who said Sanders had warned the presidential candidate to drop his "vaguer, more centrist approach."

Faiz Shakir, Sanders' campaign manager during his failed bid for the Democratic nomination, insisted the Vermont senator was “working as hard as he can” to get Biden elected in November.

But while claiming Biden was "in a very strong position" to win, Shakir admitted Sanders "feels there are areas the campaign can continue to improve upon.”

“He has been in direct contact with the Biden team and has urged them to put more emphasis on how they will raise wages, create millions of good paying jobs, lower the cost of prescription drugs and expand health care coverage,” the spokesman said.

© REUTERS / LEAH MILLIS
Trump Denounces 'Disinformation Campaign' By Democrats And Media Over 'Loser' Veteran Comment Claims
And Sanders “also thinks that a stronger outreach to young people, the Latino community and the progressive movement will be of real help to the campaign.”

Sanders, campaigning on a radical 'democratic socialist' platform, lost out to former vice-president Biden in this year's Democratic primaries, just as he did to Hillary Clinton in 2016. Clinton went on to lose to Trump despite opinion polls consistently putting her in the lead.

Some commentators have predicted Trump will win re-election, a view shared by voters in a recent poll.

On Sunday Trump slammed Biden and Sanders for their attitude to the Hispanic vote, saying it would lose them the key swing state of Florida in November's election.