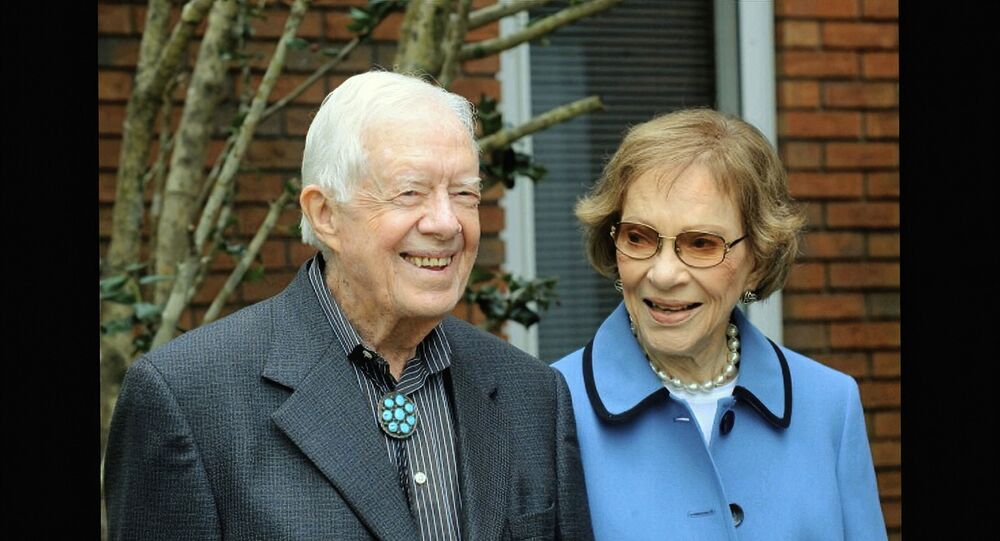 One of the most famous stories concerning American country music legend Willie Nelson is that he smoked marijuana on the roof of the White House with an insider while Jimmy Carter was the US president. The musician confirmed the event in his 1988 autobiography, saying he was up there “with a beer in one hand and a fat Austin Torpedo in the other”.

Former US President Jimmy Carter disclosed in a new documentary film the identity of the White House insider who smoked marijuana with country musician Willie Nelson on the roof of the presidential residence during a 13 September 1980 visit to the White House.

In the documentary released on Friday, titled ‘Jimmy Carter: Rock & Roll President’, the ex-president said that the person who smoked pot with the country music legend on the Whites House roof was “actually” one of his children.

“When Willie Nelson wrote his autobiography, he confessed that he smoked pot in the White House one night when he was spending the night with me,” Carter said in the documentary, which explores the 39th US president’s ties with music and musicians, according to the Los Angeles Times. “And he says that his companion that shared the pot with him was one of the servants in the White House. That is not exactly true — it actually was one of my sons”.

Carter, 95, has three sons, and noted that the ‘On the Road Again’ singer/songwriter “didn't want to categorize as a pot-smoker like him.”

In a 2015 interview with GQ, the former president’s middle son, James Earl ‘Chip’ Carter III, admitted that he was the person who smoked a “big fat Austin torpedo” with Nelson on the White House roof, adding that the iconic musician promised him “not to ever tell anybody” about the incident.

Commenting on his father’s revelation, Chip Carter, 70, confirmed being involved in the incident with Nelson, saying, “My guess is it’s true. If you’re talking about me and Willie, he was my friend.”

Chip Carter narrated in the documentary that he and Nelson headed upstairs during a break, while the country music legend was jamming at the White House on the night of 13 September 1980, the New York Post reported on Friday.

“I said, ‘Let’s go upstairs.’ We just kept going up ’til we got to the roof, where we leaned against the flagpole at the top of the place and lit one up,” the younger Carter said, quoted by the NYP. “If you know Washington, the White House is the hub of the spokes, the way it was designed. Most of the avenues run into the White House. You could sit up and could see all the traffic coming right at you. It’s a nice place up there.”

Jimmy Carter served for one term in the period between 1977 to 1981 as the 39th president of the United States. He is now the oldest living US president.