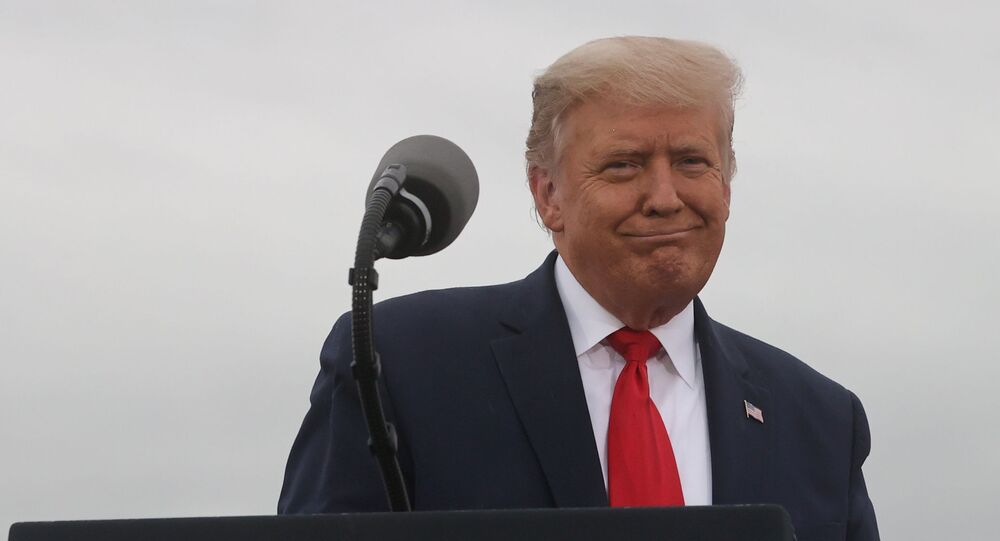 Despite being legally required to keep all records, messages, and notifications intact before handing over government-issued equipment, many of the members of Mueller's team reset their phones to factory defaults, claiming that they did so due to "accidents" and forgetting their passwords.

US President Donald Trump has castigated the so-called Russia probe in a new Twitter tirade, focusing specifically on a recent revelation that most members of Special Counsel Robert Mueller's team had wiped their government-issued phones clean of any data. The fact that only a handful of team members handed over all the data relating to their communications drew suspicion from POTUS, who alleged that a cover-up could have taken place.

ALERT: So now we find out that the entire Mueller “hit squad” illegally wiped their phones clean just prior to the investigation of them, all using the same really dumb reason for this “accident”, just like Crooked Hillary smashing her phones with a hammer, & DELETING HER EMAILS!

Trump called the excuses given by Mueller's team to justify the data wipe "dumb" and suggested that they had followed in former Secretary of State Hillary Clinton's footsteps. The president has repeatedly accused Clinton of hiding evidence of her use of a private email server for work correspondence – which could have contained sensitive data, but also needed to be archived properly, something that wasn’t done in the case of the former State Department head.

The fact that most employees involved in the Russia probe reset their phones to factory defaults before handing them over emerged after the conservative watchdog Judicial Watch filed a lawsuit against the Department of Justice for not providing the records from their devices under a Freedom of Information Act request. The released documents showed that most members of Mueller's team explained the wipes by the fact that they had either forgotten their passwords or incorrectly typed them in several times, thus triggering auto-wipes. Some records say wipes were done "accidentally", without elaborating on the details of the apparent accidents; other records, meanwhile, do not show wipes, but at the same time state that no substantial data was found on the phones.

The case of members of the controversial probe wiping their phones has not only attracted public attention because they were legally obligated to preserve the data on the government-issued devices, but also because two former FBI agents, Peter Strzok and Lisa Page, were removed from the investigation team after an SMS conversation between the two became public. In their messages, the two discussed the 2016 presidential candidates, showing a distinct bias against Donald Trump and saying that they "can't take [the] risk" of him winning the then-upcoming November election. Since Trump was at the centre of the investigation, which POTUS repeatedly slammed as a "witch hunt", Mueller chose to remove the two soon after their messages were published.

The probe failed to find evidence proving allegations of collusion between the Trump campaign and the Russian government, but the president argued that the scandals that accompanied the probe had limited his ability to govern the country.