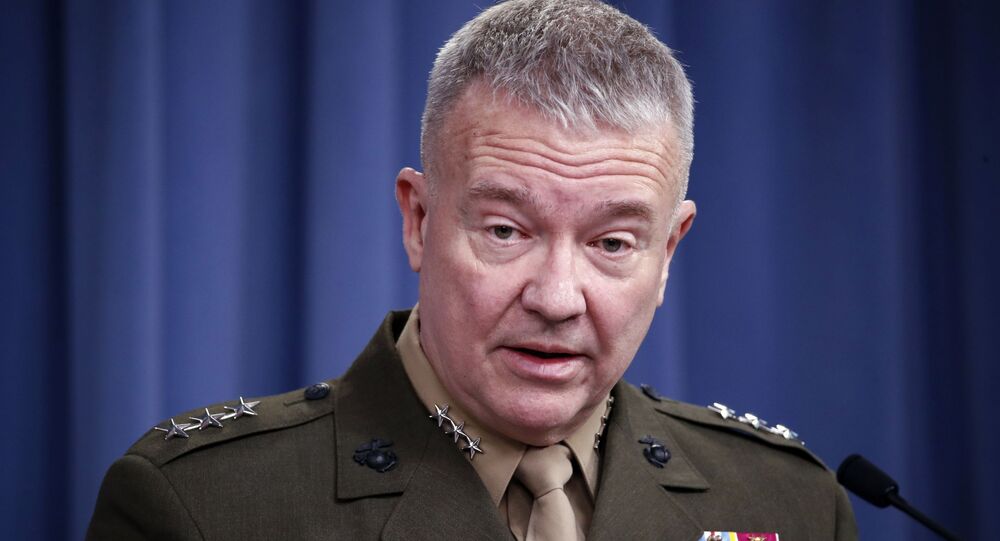 Recently, the administration of US President Donald Trump announced that it would reduce the nation's military presence in Iraq, stating that some 2,000 troops would be withdrawn from the country by the end of September.

US Central Command (CENTCOM) chief, Gen. Frank McKenzie, told NBC News that attacks on US troops conducted by "militia groups" in Iraq have increased in the first half of 2020, compared to the previous year.

He outlined that the attacks have not been lethal, stressing, however, that they are "continuing".

"We have had more indirect fire attacks around and against our bases the first half of this year than we did the first half of last year. They have not been particularly lethal and that's a good thing, but they are continuing", McKenzie said.

The general also highlighted that the weapons obtained by the militia groups attacking US troops in Iraq are "very good", but claimed that weapons are not necessarily effective against American soldiers.

"For whatever reason, it may be by design, we don't know, they're just not that successful at hitting anyone. And that's a blessing", McKenzie said, adding that he would not predict how long that will continue.

According to the general, the US military has installed additional defensive capabilities, particularly Patriot defence missile systems, to be ready for alleged "aggressive actions" by Iran in the region. He claimed that Tehran could "pursue other objectives by inflicting a level of pain below what they think is the US red line".

McKenzie previously admitted that not every militia group behind the attacks in Iraq can be "tied directly" to Tehran. However, the general claimed that Iran still bears "moral ownership", as weapons used in the attacks were allegedly "provided to them by Iran at some point in the process".

"You wonder how much of that is directed by Iran, how much of that is by proxies on the ground that they have imperfect command and control of," McKenzie said. "The bottom line is, even if it's not directly ordered by Iran, they are using weapons that were typically provided to them by Iran at some point in the process, so there's a certain moral ownership of this even if Iran is not giving them instructions to do it."

US Military Presence in Iraq

McKenzie's remarks came shortly after he announced that the United States would be reducing its military presence in Iraq, promising the withdrawal of around 2,000 troops from the region by the end of September, citing "confidence in Iraqi Security Forces".

Currently, some 5,200 US soldiers are deployed in Iraq, with the Pentagon initially reporting that it had placed the troops in the country to assist in combating the Daesh* terrorist group.

Plans to reduce the foreign military presence in Iraq were earlier announced by the Trump administration,  and the president will reportedly make a statement regarding American troops in Afghanistan in coming days.

Relations between Washington and Tehran have been heated after Trump in 2018 unilaterally exited the 2015 Joint Comprehensive Plan of Action (JCPOA), also known as the nuclear deal with Iran, referring to Tehran's "pursuit of nuclear weapons and the means of delivering them." UN and independent watchdog agencies previously affirmed that Tehran, in spite of the assertions of the White House, had kept to the letter of the treaty.

Escalation increased after the assassination of the Islamic republic's top general, Qasem Soleimani, conducted in January on Trump's order.

Recently, the Trump administration has tried to push its resolution in the UN Security Council, demanding an extension to the Iranian arms embargo - a move that was rejected. A subsequent move by Trump's advisers to trigger a so-called "snapback mechanism" and reimpose sanctions on Iran was also summarily dismissed by the remaining participants of the JCPOA.

Earlier in the week, Trump declared that Tehran would "rapidly" sign an agreement with the White House, in the event that he is re-elected.