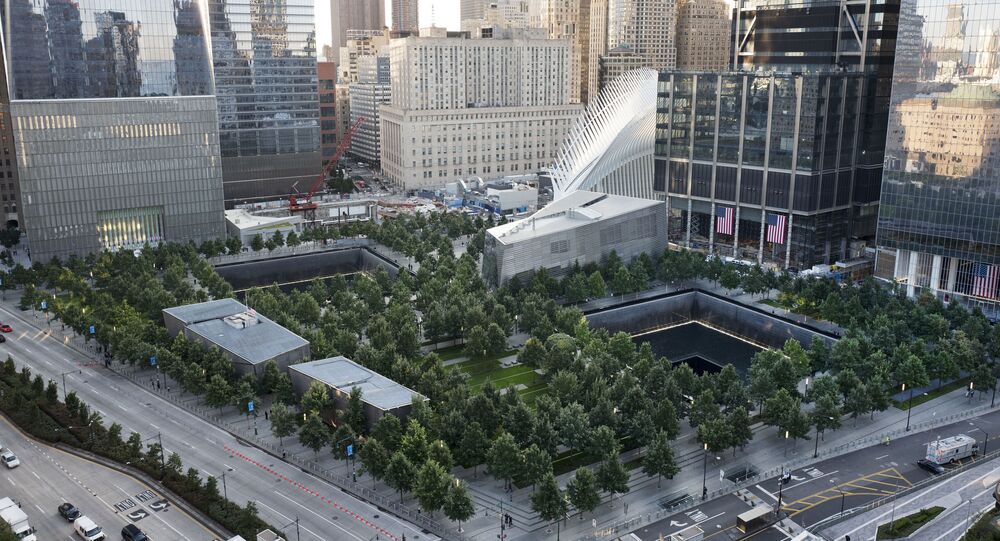 Worker Exposed to 9/11 Toxins Continues to Suffer, Neglected by US Government

WASHINGTON (Sputnik), Barrington M. Salmon - Not a day passes when Gina Gentile’s body does not remind her that things are not well, or something, be it a thought or a smell, conjures up her personal tragedy. She suffers from a number of health problems after prolonged exposure to toxic dust particles and pollutants while working at Ground Zero.

Since becoming ill Gentile said she has not received the assistance from the government or compensation she deserves for contracting illnesses while working in an environment that New York City, state and federal officials said was safe.

And now that America is grappling with COVID-19 and losing, her anxieties and concerns for her health have ratcheted up.

On 11 September 2001, two aircraft loaded with about 40,000 pounds of jet fuel crashed into the World Trade Center’s Twin Towers. Two days later, Gentile began working at Ground Zero as part of a team from a New Jersey laboratory which set up a triage section at the site.

"I worked that job for a full two years at 139 Fulton Street picking up specimens and dropping off medical supplies right in the heart of Ground Zero," she told Sputnik.

Gentile is one of an estimated 40,000 people who worked or volunteered at Ground Zero in the poisonous dust and around fires that burned for months. And Gentile is one of those thousands who have fallen ill with heart and liver problems, cancers, kidney disease and the deterioration of their organs and nervous systems.

Because she has chronic laryngitis, Gentile is unable to talk but she agreed to answer a Sputnik reporter’s questions by email.

Researchers and medical specialists determined that dust from the fallen Twin Towers had more than 2,500 contaminants, including asbestos, a toxic cancer-causing agent; detectable amounts of mercury and lead; construction debris; dioxins and other poisons caused by fires that burned unabated; as well as other poisonous, deadly chemical substances and pollutants.

Gentile unknowingly inhaled all this for two years and soon came down with an assortment of illnesses.

"It has been a nightmare. I was diagnosed with severe asthma, chronic sinusitis and I also had intestinal digestive issues and kidney disease. Now, I have chronic laryngitis," said Gentile, a wife and mother. "It has affected my family drastically financially and emotionally. And no, I have not been compensated."

It is estimated that about 400,000 people were exposed to toxins who were not first responders. School children, teachers, employees, and nearby residents breathed in toxic fumes and air contaminated with asbestos, crushed microscopic building materials, shards of glass and other contaminants.

Nearly 3,000 people died on 11 September and since then, more than 2,000 have died of illnesses related to 9/11. So far, more than 43,000 people have been officially determined to be suffering from a 9/11-related health problem.

The September 11th Victim Compensation Fund was established in 2011 to offer payouts to compensate for the illnesses and deaths caused by exposure to the toxins at the site. The $7.3 billion fund had paid out $5 billion to 21,000 claimants but it was running out of money and still had claims from more than 19,000 people to take care of.

However, Gentile will not get any of that help or assistance from other 9/11-related pools of money because of a loophole that prevents her from taking advantage of the much-needed funds.

"The private workers and students and people that were living there in, around or close to Ground Zero are not considered first responders," she said. "Because they’re in this Catch 22, they get denied Workers Comp. The best example is the article on the ASPCA worker who died the day after the Workers Compensation Board denied her benefits although she had cancer."

Gentile said she does not believe they treated anyone fairly.

"I think we should be entitled to collect Workers Compensation benefits. In my case, I was in a Catch 22 because I was working for a company that was helping the first responders but I am not a first responder or a city worker therefore I cannot claim disability or compensation because they consider me a private worker," Gentile said.

Gentile, who said she has lost her hearing twice during this ordeal, said she and many others like her feel forgotten, ignored and marginalized.

"They made me an offer but my attorney amended the offer," she said. "Also, they have a program, a WTC 911 program for medical treatment but the best part is that they bill my coverage, which is unbelievable."

She said there is no justice for people who are sick.

"Basically, I think they are just waiting for us to die. My question is, where did all the funding go?" Gentile asked.

Even with the many health problems she has, Gentile said she is still forced to work so she and her husband can continue to pay bills and maintain their household. Her concerns are exacerbated because she is someone with pre-existing underlying health conditions in the middle of a global pandemic that has so far sickened more than 6.3 million people and killed close to 200,000.

"The pandemic, I feel, is deadly to 9/11 WTC victims. We are high risk but I have to work to survive. That is just the way it is," Gentile said.

9/11, she added, was the tip of the iceberg of injustice and inhumane treatment from the government.

"Never in a million years would I think I would be dealing with 9/11 and the coronavirus and having a president like [Donald] Trump and also be dealing with the hate and people being racist and naive and ignorant. We are going backwards," Gentile warned.

The similarities between 9/11 and what is going on now means the government has to be reformed and changed, Gentile said. The government needs to stop being greedy and start caring for humanity.

Gentile also noted where the government, for her, really exists.

"My government is the Good Lord above," Gentile concluded.