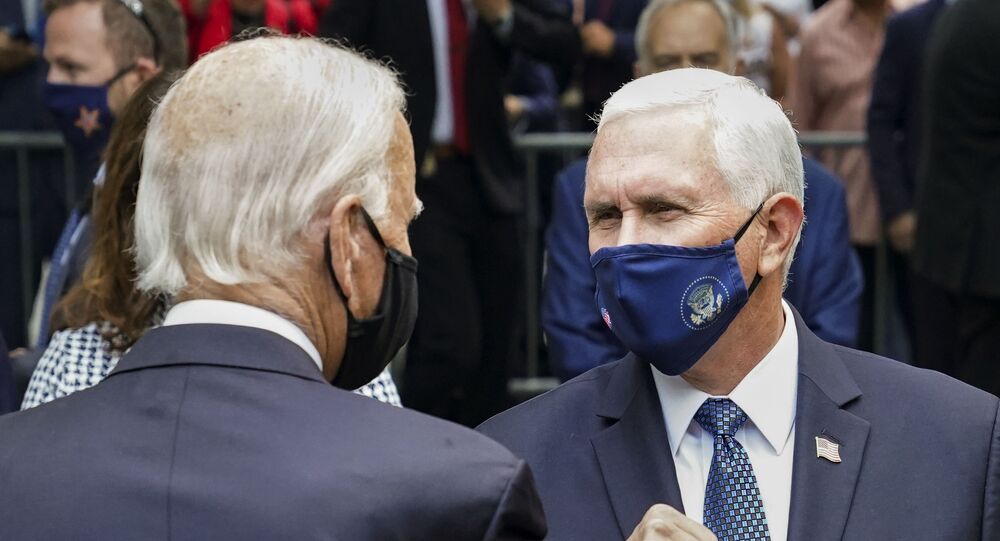 While US President Donald Trump and the First Lady are currently attending a ceremony at the Flight 93 National Memorial in Shanksville, Pennsylvania to mark the 19th anniversary of the 9/11 terrorist attacks, Vice President Mike Pence went to commemorative events in New York.

Democratic presidential candidate Joe Biden had a friendly exchange with his Republican presidential ticket rival Mike Pence as the two bumped into each other during a commemorative ceremony at the 9/11 memorial in New York City on Friday.

As the paths of the former vice president and Donald Trump’s top staffer crossed, the two men bumped their elbows in a friendly coronavirus-style greeting, and their wives, Jill Biden and Karen Pence followed suit.

VP Mike Pence & Joe Biden greet each other at the 9/11 Memorial. pic.twitter.com/vcAqrTf1kn

According to the Washington Examiner, Pence and Biden have maintained friendly relations despite their party’s upcoming November battle. The two are said to have repeatedly interacted since Trump won the White House in 2016, with both Biden and George W Bush's vice president Dick Cheney on hand to offer advice to Pence when he became vice president.

Biden is expected to travel to Shanksville, Pennsylvania in the afternoon to visit the Flight 93 National Memorial which remembers the 44 passengers and crew members who died after the plane was hijacked by al-Qaeda terrorists. The extremists planned to fly the aircraft to Washington, DC but the plane crashed into a field in Pennsylvania, after passengers tried to retake it from the hijackers.

US President Donald Trump and First Lady Melania Trump are currently in Pennsylvania, to take part in the commemorative event at the memorial. Thanks to clever scheduling, Trump and Biden are not expected to cross paths.