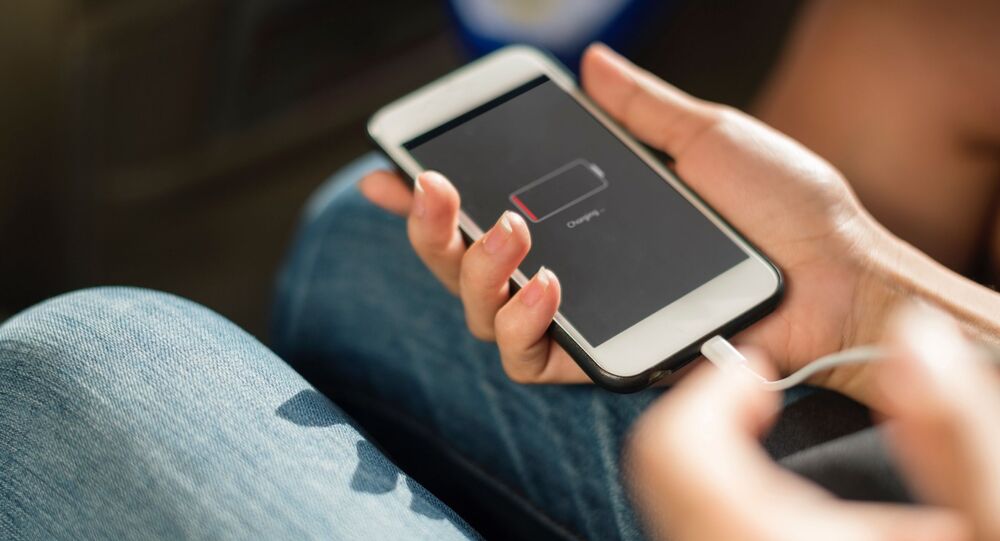 The conservative watchdog Judicial Watch had filed a lawsuit against the US Justice Department, seeking communication records pertaining to the FBI’s probe into alleged Russian interference in the 2016 presidential election in April 2019 after the DOJ failed to respond to a Freedom of Information Act request filed more than a year earlier.

US Department of Justice (DOJ) records, newly-released after a lawsuit filed by the conservative watchdog group Judicial Watch, reveal that the cell phones of people who were on the investigative team of Special Counsel Robert Mueller during the “Trump probe” had been "wiped" for various reasons, reports The Federalist.

According to the records, several dozen phones had all records of communication deleted due to reasons such as forgotten passcodes, damage and loss of the device.

Newly released DOJ records show that multiple top members of Mueller's investigative team claimed to have "accidentally wiped" at least 15 (!) phones used during the anti-Trump investigation after the DOJ OIG asked for the devies to be handed over. https://t.co/VVUnfZVolm pic.twitter.com/p50PnoCBse

​Accordingly, the phones found their way to the DOJ’s Office of Inspector General (OIG) after being “restored to factory settings”, ruling out any review of the information stored on them. The records reveal several names, with others having been redacted.

Thus, Robert Mueller’s deputy Andrew Weissman is revealed to have "accidentally wiped" his phone twice after entering the wrong passcode too many times in March 2018.

Weissmann had worked under Mueller at the FBI as general counsel, proceeding to led the government’s case against former Trump campaign Chairman Paul Manafort.

The same applies to the phone of Attorney Greg Andres, as well as devices belonging to both Mueller deputy Kyle Freeny and Rush Atkinson. The records show they had been wiped accidentally after their users entered the wrong passcode too many times.

The phone belonging to lawyer James Quarles “wiped itself”, the records say.

FBI lawyer Lisa Page’s phone, which was reported as presenting particular interest to investigators due to reported anti-Trump texts with FBI agent Peter Strzok, was similarly “restored to factory settings” when it reached the inspector general’s office.

Names of other officials have been redacted in the released records, yet they, too, claim to have unintentionally restored their phones to factory settings.

Regarding one person from Robert Mueller’s team, whose name had also been redacted, the record says:
“Phone was in airplane mode, no passcode provided, data unable to be recovered so had to be wiped.”

In 2019 conservative watchdog Judicial Watch filed a Freedom of Information Act lawsuit against the Justice Department for communication records relating to the FBI’s investigation into claims of Russian meddling in the 2016 presidential election, after the DOJ did not respond to a Freedom of Information Act request filed over a year earlier requesting communication records of key US officials dating from January 2016 to May 2017.

.@JudicialWatch first asked for this info. nearly two years ago and sued a year ago. Only now is this chart released to us.... https://t.co/vFV4QH8uuY

​The FBI launched its “Russiagate” probe after the US presidential elections in 2016, as the Democratic Party pushed the narrative that the Kremlin allegedly helped Donald Trump triumph over their candidate Hillary Clinton. “Russian hackers" were reported to have infiltrated the Democratic National Committee's servers.

That investigation eventually evolved into special counsel Robert Mueller’s 22-month inquiry, which wrapped up with the conclusion, contained in a report published in April 2019, that there was insufficient evidence to support claims that President Trump “colluded with the Russians” to influence the outcome of the election.

Russia, for its part, has vehemently denied any interference in the US elections, calling the accusations part of the "domestic political struggle".