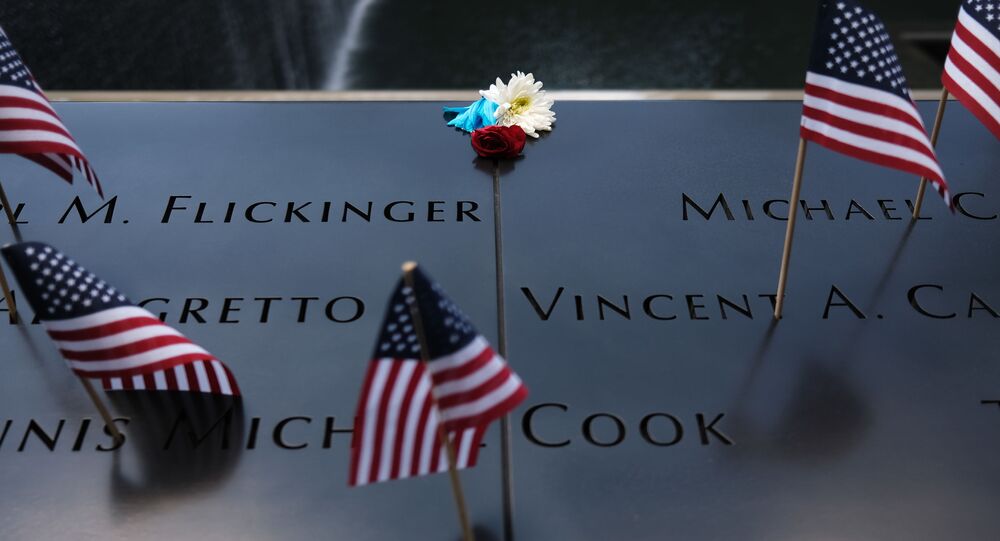 WASHINGTON (Sputnik) The continuing COVID-19 pandemic, which has hit New York City harder in terms of cases and deaths than any other major US city, has led to a revision in the now traditional memorial events for the terrorist attacks of 11 September 2001.

There is a special heartbreak this year. As the Long Island, New York-based newspaper Newsday pointed out in a report, many of the the firefighters, police officers, Emergency Medical Service and construction workers who worked for weeks at Ground Zero, the site of the destroyed World Trade Towers, have died this year,

After nearly two decades of fighting weakened immune systems and ongoing conditions caused by inhaling so much asbestos and other toxins from the ruins of the Twin Towers, they were finally finished off by the COVID-19 virus which ravaged New York City and State this year with a deadly toll unequaled anywhere else in the United States.

Newsday reported that more than 125,000 people, including 79,000 first responders, have enrolled in the World Trade Center Health Program and at least 18,000 have been diagnosed with a 9/11-related cancer, according to official government figures.

More than 2,000 first responders, office workers and residents of lower Manhattan have already died from 9/11-related illnesses and officials anticipate that figure will eventually be greater than the nearly 3,000 death toll of 9/11 itself.

Once again, thousands of people will gather on Friday morning the site of the attacks where the 1,776 foot high Freedom Tower now stands, including the National September 11 Memorial and Museum in the financial district of Lower Manhattan.

For each of the past 18 years, thousands have gathered at the World Trade Center site to honor the nearly 3,000 souls who perished in the 11 Sept. 2001 terrorist attacks but this year’s memorial will be starkly different.

Starting at 8.30 a.m. EST (12:30 p.m. GMT), instead of the traditional live reading of the names of all the victims, the gathering will play a recorded reading of their names.

"We understand the disappointment that some within the 9/11 community have expressed with this year’s change," the museum said. "Protecting the health and safety of everyone at the 9/11 Memorial & Museum is a great responsibility."

The Stephen Siller Tunnel to Towers Foundation, a nonprofit dedicated to first responders and named after a New York City firefighter who lost his life on 9/11, has organized a parallel live name-reading to be held close by at the corner of Liberty and Church streets.

US Vice President Mike Pence is expected to participate in the Siller Foundation ceremony, which is planned to be enacted by 140 masked, socially-distanced participants. It is also due to start at 8.30 a.m. EST.

© AFP 2020 / SPENCER PLATT
NEW YORK, NEW YORK - JULY 04: People gather at the 9/11 Memorial Plaza on the first day that it has reopened after closing for three months because of the coronavirus on July 04, 2020 in New York City.

Families of the almost 3,000 victims of the 9/11 attacks by al-Qaeda terrorist group (outlawed in Russia) are expected to attend the main service but they have been requested to wear face masks and practice social distancing to prevent the spread of the COVID-19 virus.

© AFP 2020 / SPENCER PLATT
NEW YORK, NEW YORK - JULY 04: People gather at the 9/11 Memorial Plaza on the first day that it has reopened after closing for three months because of the coronavirus on July 04, 2020 in New York City.

After sunset on Friday, twin beams of light created by flood lights near the World Trade Center site will be shone into the sky as a tribute.

In Virginia, US Secretary of Defense Mark Esper and Chairman of the Joint Chiefs of Staff Army General Mark Milley will lead a livestreamed ceremony on Friday at the National 9/11 Pentagon Memorial in honor of the 184 people killed in the attack on the Pentagon.