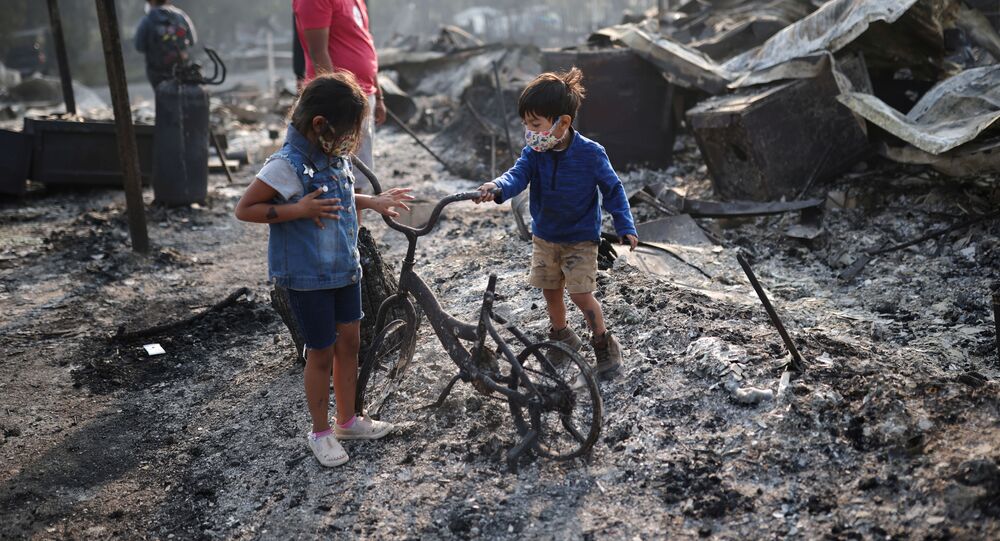 In mid-August, massive wildfires started across several US states including California, Oregon, Idaho, Montana and Washington, prompting emergency teams to race against time to save the lives of as many as possible along the nation's West Coast.

Authorities in the US state of Oregon said on Thursday that over 500,000 people, at least 10% of the state’s 4.2 million population, have been forced to evacuate as enormous wildfires continue burning across the state and other parts of the West Coast of the United States, according to the Associated Press.

The authorities pointed out that the unprecedented wildfires intensified on Thursday afternoon in northwestern Oregon due to hot, windy conditions.

At least 8 people have been killed by the fires, which have burned over 900,000 acres – a record amount of land burned by fires, across the state within only seven days, Oregon Governor Kate Brown said on Thursday.

“We have never seen this amount of uncontained fire across the state,” Brown said, quoted by AP, adding that she has asked other states and the federal government for help in fighting the wildfires.

As in Oregon, firefighters across other US states along the West Coast, such as California, Idaho, Montana and Washington, are struggling to control multiple massive wildfires that started in mid-August.

Mass evacuation orders have been issued across states in the West where in some places ordinary daylight has been turned a deep orange from the smoke. Many tens of thousands of residents have been forced to flee because of the fires. Thousands of structures had been destroyed across the West, as firefighting resources are stretched thin in some states.