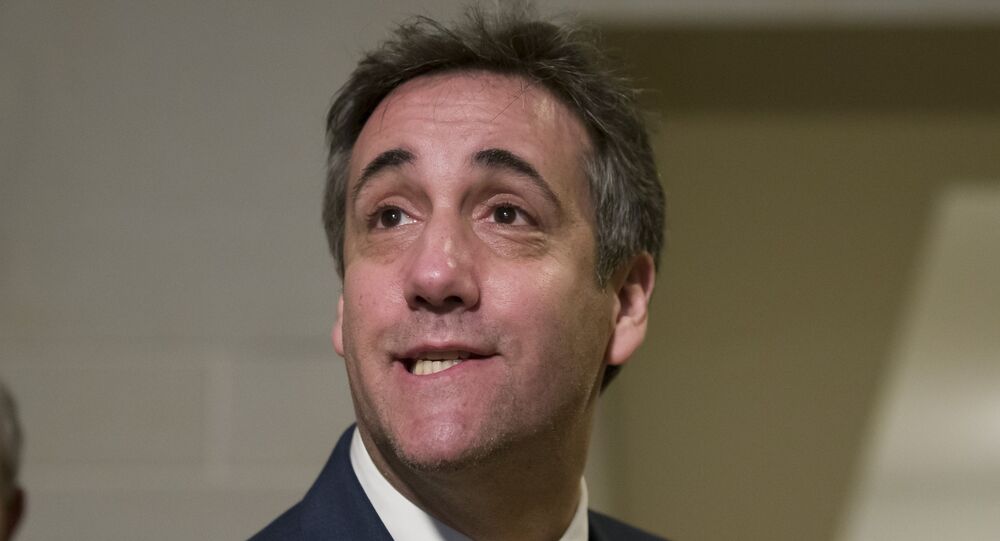 US President Donald Trump appears to inspire many of the people around him to release books, including former National Security Adviser John Bolton, niece Mary Trump and journalist Bob Woodward, which are dedicated to the effects of Trump's policy and personality.

US President Donald Trump's former personal attorney and "fixer", Michael Cohen, on Thursday announced the release of a podcast, titled "Mea Culpa" ["My Fault"], about his relationship to the president.

The podcast is teased as "a raw and unfiltered shining a light into the dark corners of our current American Apocalypse" that is set to "dismantle Trump's legacy".

"Michael Cohen, the former attorney and personal fixer for Donald J. Trump, once vowed to take a bullet for the President. But that was before the country was brought to its knees by the President’s own lies and personal madness. Now, imprisoned in his home, his life, reputation and livelihood destroyed, Cohen is on a mission to right the wrongs he perpetuated on behalf of his boss", according to the "Mea Culpa" launch page on Apple Podcast.

​The teaser comes shortly after Cohen rolled out his new book, "Disloyal",on Tuesday, described as "the inside story of the real President Trump by his former attorney and personal adviser - the man who helped him to get into the Oval office".

The book rose to number three on the Amazon bestselling nonfiction chart.

The release falls in line with a series of other tomes on Trump rolled out earlier in the year, including "The Room Where It Happened" by Trump's former national security adviser, John Bolton, and "Too Much And Never Enough" by the president's niece, Mary Trump.

Currently, another book about Trump is rocking headlines: "Rage", written by Bob Woodward and covering a series of on-the-record interviews with Trump that has apparently angered POTUS. The book particularly reveals that Trump attempted to "downplay" the coronavirus pandemic to avoid panic, which has caused waves of criticism.

Cohen pleaded guilty to lying to Congress, tax evasion and campaign finance fraud in 2018. His now bestselling book was immediately lambasted by the White House, as press secretary Kayleigh McEnany slammed the former Trump confidante as "a disgraced felon and disbarred lawyer who lied to Congress", calling the book "his latest attempt to profit off of lies".