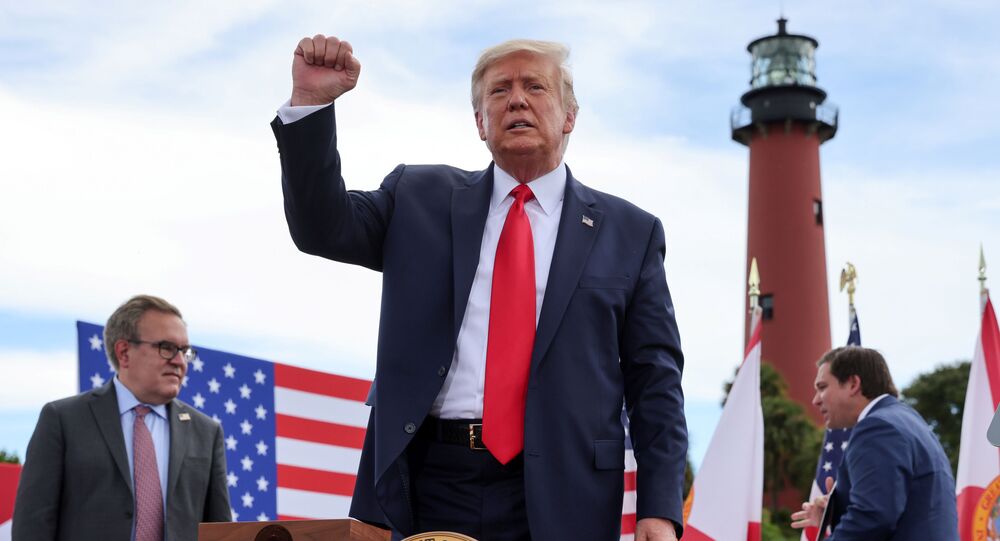 “More registered voters think Trump (48%) will win the election rather than Biden (43%) despite Biden’s consistent lead in the polls. Among firm Trump supporters, 92% expect their candidate to win and just 2% feel he will lose. Among firm Biden supporters, 80% expect the Democrat to win and 12% think he will lose. Among all other voters, including soft supporters and undecided voters, 43% believe Trump will win and 39% believe Biden will win,” a press release summarizing the poll said.

Monmouth attributed the discrepancy to a small but sizable number of voters who expressed suspicion that vote tallies in the November 3 election will be accurate.

One in four voters (24 percent) are “not too confident” and 13 percent are “not at all confident” in how the election will be conducted, the release said.

“We usually focus on the majority’s view when describing public opinion, but in this case minority opinion could be sizable enough to have an impact on the election’s legitimacy. The question is whether any disbelief in the outcome might lead to other consequences,” Monmouth Polling Institute Director Patrick Murray said in the release.

The poll showed Biden with a nine-point lead over Trump (51-42 percent), similar to a 10-point lead recorded in Monmouth’s August poll.

© REUTERS / KEVIN LAMARQUE
The Money Trail: Who is Backing Joe Biden for the White House With Cold, Hard Cash and Why?
National polls, however, are less significant than statewide polls due to the Electoral College format. And Biden is ahead in all of the top seven so-called "swing" or "battleground" states - albeit at least four of those contests are within a 3-percent margin of error - according to an average of the latest polls published on Realclearpolitics.com (RCP).

Biden, theoretically, would win by an electoral college landslide if the election were held today according to the aggregate of polls.