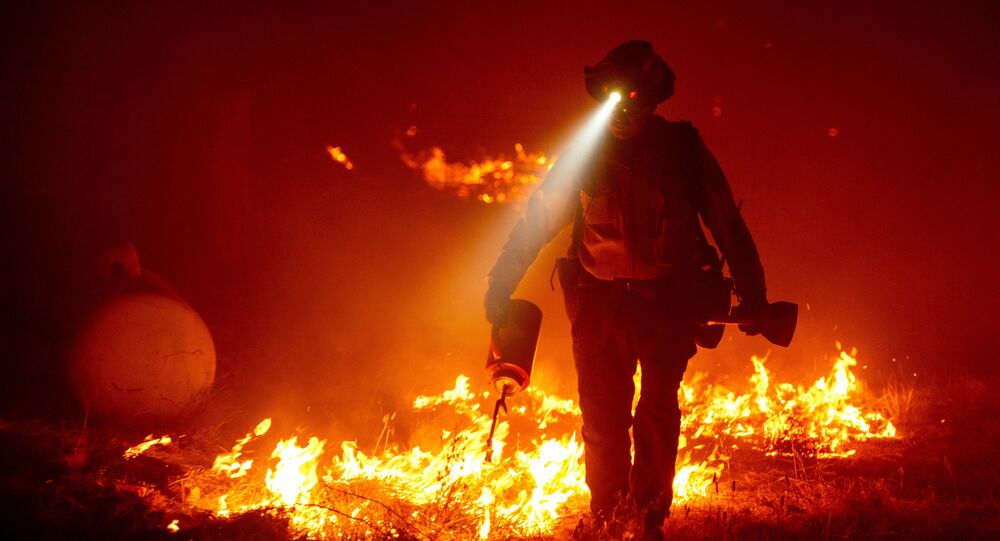 California's Governor Gavin Newsom told a press conference on Wednesday that the state's wildfires had already set the record for the number of acres burned in a single year.

California wildfires that broke out last month have been expanding exponentially - what once had been seen as a once-in-a-lifetime occurrence, now takes just days to produce a devastating effect.

As of Wednesday, the fires burnt down a record 2.3 million acres of land, compared with 118,000 acres at this point last year. The wildfire in Plumas National Forest northeast of San Francisco spread 25 miles in a single day, according to estimates.

"We have seen multiple fires expand by tens of thousands of acres in a matter of hours, and 30 years or more ago that just wasn't fire behaviour that we saw," Jacob Bendix, a professor of geography and the environment at Syracuse University who studies wildfires, said.

Family member flying out of California this evening just sent along these photos from the flight. She said passengers could smell the smoke from the wildfires in the cabin. pic.twitter.com/ssHjcjzZwc

Intense wildfires are ravaging large swaths of the West Coast, prompting thousands of people to flee parts of Oregon and forcing power outages in California, where fires have already burned a record of more than 2.3 million acres this year. pic.twitter.com/Kq3RwD0MEm

​According to an update by the California Department of Forestry and Fire Protection (Cal Fire), more than 14,100 firefighters are continuing to battle 24 major fires in California.