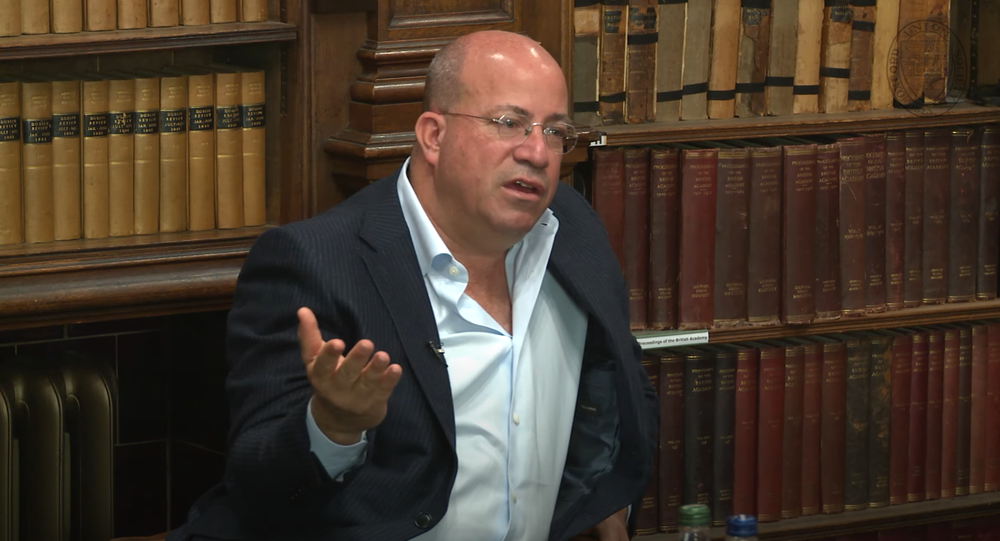 Newly obtained audio from March 2016 features Jeff Zucker, president of CNN, referring to then-Republican presidential candidate Donald Trump as “the boss” as he discusses the media future of the businessman-turned-politician with then-Trump “fixer” Michael Cohen.

Fox News host Tucker Carlson on Tuesday debuted a new recording obtained by the "Tucker Carlson Tonight” team that included audio from a March 10, 2016, phone discussion between Cohen and Zucker, the latter of whom appears to be attempting to develop a closer relationship with the legal team of the then-GOP frontrunner.

"You guys have had great instincts, great guts and great understanding of everything. But you're missing the boat on how it works going forward,” Zucker said to Cohen in the recording, according to Carlson.

Carlson detailed that Trump’s lawyer then asked Zucker to send an email explaining the details of how things would work “going forward.” The CNN president can be heard in a clip of the conversation referring to Trump as “the boss.”

"I'm very conscious of not putting too much in email, as you're a lawyer, as you understand," Zucker told Cohen. "And, you know, as fond as I am of the boss, he also has a tendency, like, you know, if I call him or I email him, he then is capable of going out at his next rally and saying that we just talked, and I can't have that, if you know what I'm saying."

The executive reportedly continued to tell Cohen of the possible dangers of directly communicating with Trump, but ultimately decided to speak with him ahead of a Republican primary debate hosted by CNN.

Zucker went on to reveal that he had “all these proposals” for the US president, such as a “weekly show with him and all this stuff.”

Before ending his call with Cohen, Zucker offered up some advice on how Trump should deal with Sen. Marco Rubio (R-FL), who consistently referred to Trump as a “conman” and “con artist” during the 2016 GOP primary season in which both men vied for the party’s presidential nomination.

"You know what you should do? Whoever's around him today should just be calling him a conman all day so he's used to it, so that when he hears it from Rubio, it doesn't matter," Zucker can be heard saying in the recording.