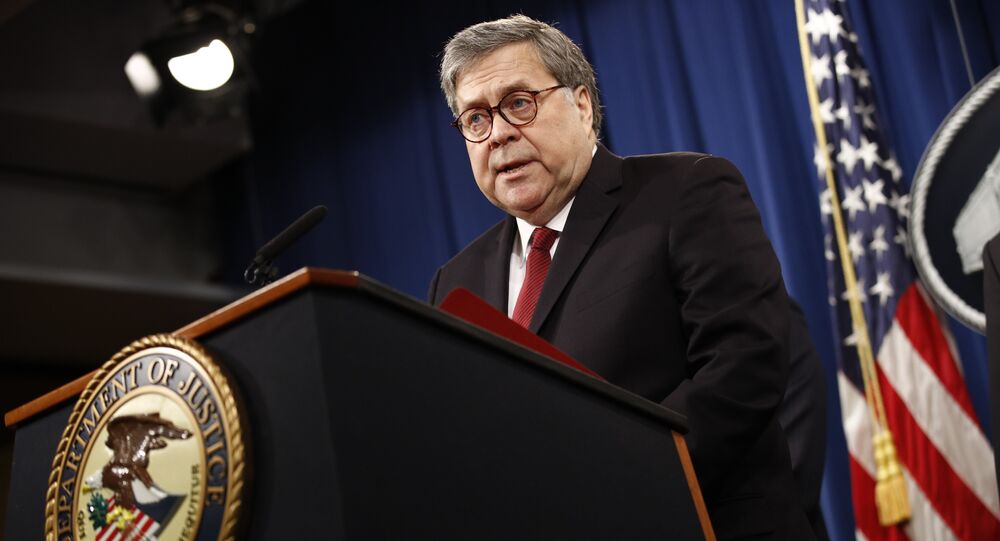 In 2019, Elle magazine columnist E. Jean Carroll accused Donald Trump of raping her in a department store dressing room in the mid-1990s. The president denied the allegations, saying he never met Carroll and accused her of trying to sell a book in which she described the alleged rape. She responded by filing a defamation lawsuit against him.

US Attorney General Bill Barr justified the Justice Department’s move to intervene in the defamation lawsuit against President Trump by E. Jean Carroll for his alleged “false” remarks against her.

“This was a normal application of the law,” Barr said, speaking to reporters in Chicago on Wednesday.

“The law is clear. It is done frequently. And the little tempest that’s going on is largely because of the bizarre political environment in which we live,” Barr added, saying that elected officials made to answer questions about their personal lives while in office have the right to be represented by the state.

Barr’s comments follow remarks by former Obama Attorney General Eric Holder Tuesday blasting the DoJ’s move to substitute Trump as the defendant in the defamation lawsuit against him filed by Carroll and suggesting that it “reflects the absolute legal and moral bankruptcy of this attorney general.”

Carroll filed a lawsuit against Trump in November 2019, accusing the president of making “false” public statements about her and “smearing her integrity, honesty, and dignity” after he denied her claim that he raped her in a dressing room at a New York City Bergdorf Goodman department store in fall 1995 or spring 1996.

Carroll released a memoir in June 2019 in which she described the allegations against the president, with excerpts also published in New York Magazine. Trump responded by saying that he “never met this person” in his life, and accused her of trying to “sell a new book,” which “should be sold in the fiction section.”

Trump accused Carroll of making claim against him with “zero evidence,” and said that there was no surveillance footage, reports or witnesses of the alleged incident “because it never happened.” He later went on to say that the columnist was “not my type.”

Last month, a US court required Trump to submit a DNA sample by September 15 to compare it to the male DNA sample taken from the dress Carroll says she wore at the time of the alleged rape.