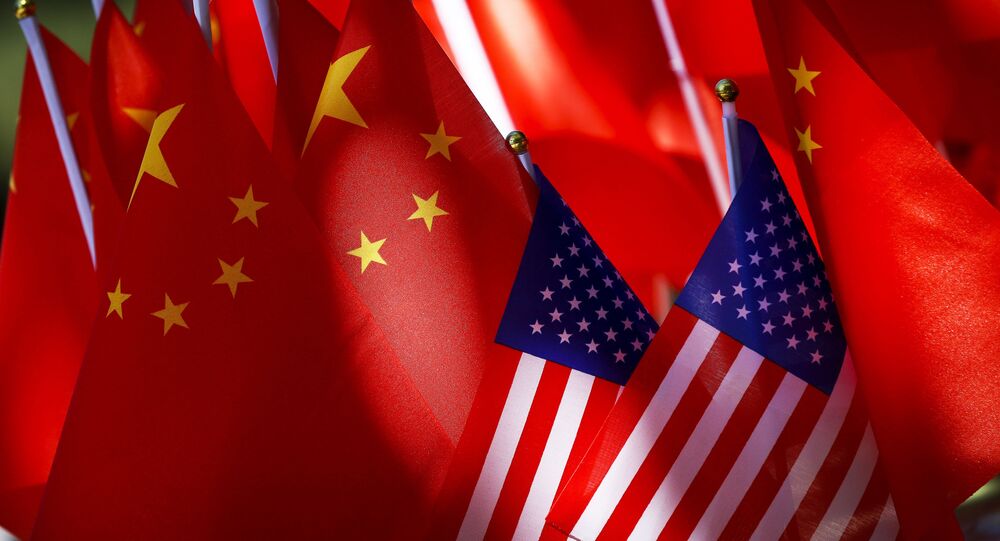 The White House has long maintained that Beijing has been engaged in espionage practices, while trying to steal data on American vital tech and even COVID-19 research. Some Chinese students have apparently become embroiled in these allegations.

The United States is "blocking" some graduate and research students from China from obtaining American visas "to prevent them from stealing and otherwise appropriating sensitive research", the acting head of the Department of Homeland Security (DHS), Chad Wolf, said on Wednesday, as quoted by Reuters.

According to Wolf, this practice especially related to those students "with ties to China's military fusion strategy". In his Wednesday speech, the DHS head reiterated US claims about Beijing's "unjust" business practices and China's alleged attempts to steal coronavirus research. Wolf also apparently accused Beijing of "abusing" student visas to "exploit" American educational establishments, according to Reuters.

In May, Donald Trump signed a presidential proclamation prohibiting certain Chinese graduate students and researchers from entering the United States from 1 June onwards. According to the document, which has an indefinite duration, the move targets those who either implement or support China's “military-civil fusion strategy” which is defined as "actions by or at the behest of the People’s Republic of China to acquire and divert foreign technologies, specifically critical and emerging technologies, to incorporate into and advance [China]’s military capabilities".

The Department of Homeland Security states that in the 2018-2019 academic year, 272,470 undergraduate and graduate students from China were enrolled at American universities, representing the largest number of international students in the United States.

US Accuses China of Espionage and Cyber Attacks

In July, the Trump administration has ordered Beijing to close its Houstan consulate in a bid to "protect American intellectual property" after accusing China of "sponsoring" cyber attacks aimed at stealing the country's research on coronavirus. The US also brought criminal charges against two Chinese nationals suspected of targeting pharmaceutical companies and medical devices manufacturers in alleged spying efforts.

This was just one of the most recent tit-for-tat moves between the two countries in relation to security concerns, as the United States has repeatedly accused China's tech giants, such as Huawei, of carrying out illegal spying activities on behalf of the state. These allegations have been denied by the smartphones manufacturer which became a target of several US bans. Huawei maintained that the White House accusations and blacklisting had an economic rather than a security rationale, as the Trump administration has also unleashed a trade war against China, while imposing tariffs on hundreds of billions of dollars worth of goods.