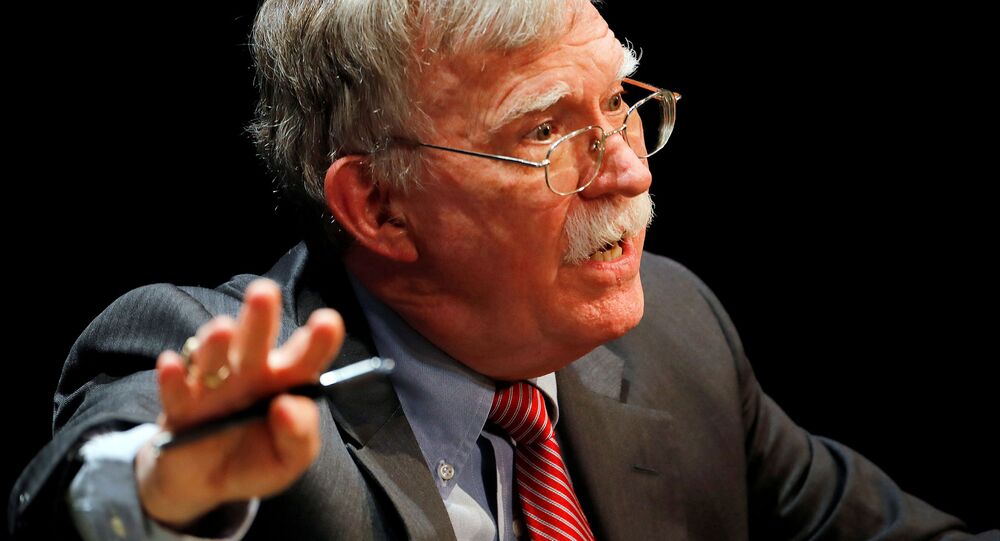 US President Donald Trump spoke at a press conference Monday accusing “the top people in the Pentagon” of “probably” not supporting him as his administration has been “getting out of the endless wars.”

Former National Security Advisor John Bolton appeared on The Story With Martha MacCallum Monday to weigh in on remarks made by President Donald Trump about military leaders earlier in the day.

The President had given a White House press conference following reports published in The Atlantic which alleged he had made disrespectful remarks about fallen American servicemen during a 2018 visit to France.

Facing reporters, Trump aimed a shot at the top brass.

“I’m not saying the military’s in love with me… The soldiers are. The top people in the Pentagon probably aren’t because they want to do nothing but fight wars so that all of those wonderful companies that make the bombs and make the planes and make everything else stay happy.”

TRUMP: "I'm not saying the military's in love with me. The soldiers are. The top people in the Pentagon probably aren't because they want to do nothing but fight wars so all of those wonderful companies that make the bombs and make the planes and make everything else stay happy" pic.twitter.com/YYEbjRuZyb

​Asked what he thought about Trump’s remarks, seen by some as an "unprecedented attack" on the US military leadership, Bolton, who served as national security adviser under the POTUS between 2018 and 2019, said:

“Now, with respect to what people at the Pentagon think, and I think this is important… Apart from being incoherent, Elizabeth Warren really couldn’t have said it better”.

Regarding the report that preceded the press conference, which accused the president of having spoken disparagingly about dead American servicemen in 2018, Bolton responded by insisting he’d never heard Trump make the disparaging comments that were reported.

While he conceded that something like this was not out of the realm of possibility, he added:

“Obviously, I can’t prove the negative that he never said those things… The president has a habit of disparaging people. He ends up denigrating almost everybody he comes in contact with whose last name is not Trump.”

The Atlantic article, which had generated a media frenzy, also included unconfirmed claims that in November 2018 Trump refused to visit a First World War cemetery in France, dismissing dead American soldiers as "losers".

"Why should I go to that cemetery? It's filled with losers", Trump allegedly said at the time, while also making reference to over 1,800 US marines who lost their lives at the 1918 Battle of Belleau Wood in France as "suckers" in a reportedly separate conversation.

Donald Trump and the White House have vehemently denied the claims as baseless.

During the While House press conference on Monday, the president again refuted the allegations, noting that "only an animal would say a thing like that".

'People Need to Hear the Truth': US Army Vet Outraged After Image Exploited in Anti-Trump 'Agenda'