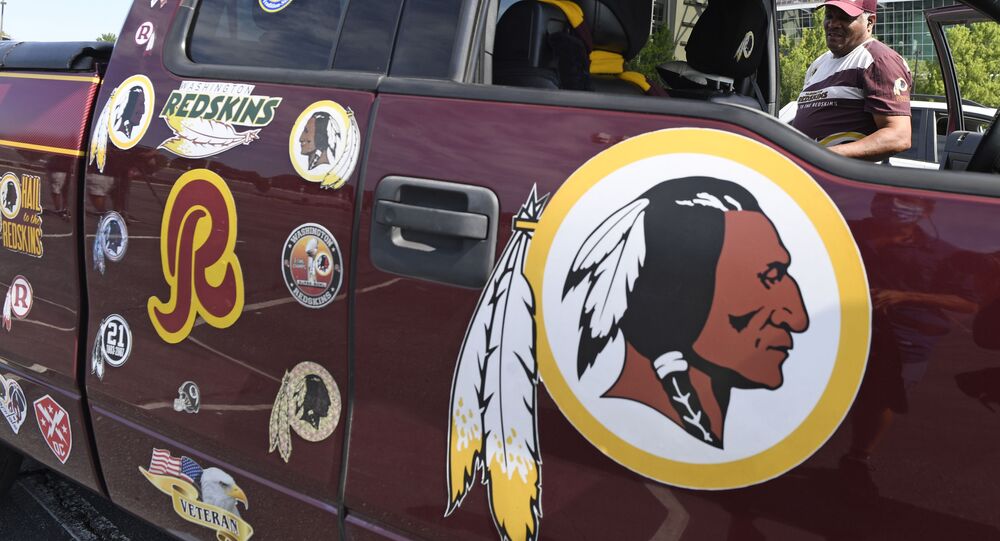 NFL team the Washington Redskins retired their polarizing and derogatory name and logo in July this year, after completing a thorough review amid protests against social injustice and police brutality sparked by the death of George Floyd in Minnesota.

CNN appears to have used a doctored image of Democratic presidential candidate Joe Biden with his young son, where the logo of the Washington Redskins team has been removed from the boy’s cap.
The former vice president initially shared the photo in June to commemorate Father's Day, with the logo still in place.

When CNN featured the photograph in its Monday night special "Fight for the White House: Joe Biden's Long Journey," the Redskins logo was removed from the hat.

CNN used a doctored photo of Joe Biden with one of his sons when he was young. The Washington Redskins logo, now deemed "racist" by the cultural Marxist mob, was Photoshopped off from his son's hat. https://t.co/fMy0jiX8sr pic.twitter.com/IkFjK9kdWd

​There has not been any official comment from CNN. Netizens, however, found the move “cringeworthy”.

That is when you KNOW they're working extra hard to bullshit you.

If they wanted to be ethical about it, they could have just censored it. That's still really cringe, but at least it would be ethical.

More of that "honest reporting" from CNN. Why do they even bother to pretend anymore?

Always lookin' out for 'ol Joe. If it had been Trump, they'd have photoshopped it in.

Um, if they're willing to lie about something as unimportant as this...

Can’t a little boy just be held by his bigot father while wearing a Redskins hat?

​In July 2020 the Washington Football Team announced after a thorough review that it would be scrapping the nickname "Redskins", long slammed as offensive to Native Americans and branded a "racial slur".

The move was applauded by Ray Halbritter, Oneida Nation Native American representative and head of the Change the Mascot campaign.

"The NFL and Dan Snyder have finally made the right call and Change the Mascot commends them for it, This is a good decision for the country - not just Native peoples -since it closes a painful chapter of denigration and disrespect toward Native Americans and other people of color,” said Halbritter.

© AP Photo / Michael Ainsworth
Washington Redskins inside linebacker Jon Bostic (53) during the second half of an NFL football game against the Dallas Cowboys in Arlington, Texas

The franchise, which will be called the Washington Football Team during the 2020 NFL season, had been fending off pressure to change its name amid the heightened racial awareness sparked by the death of African American George Floyd and protests against police brutality.