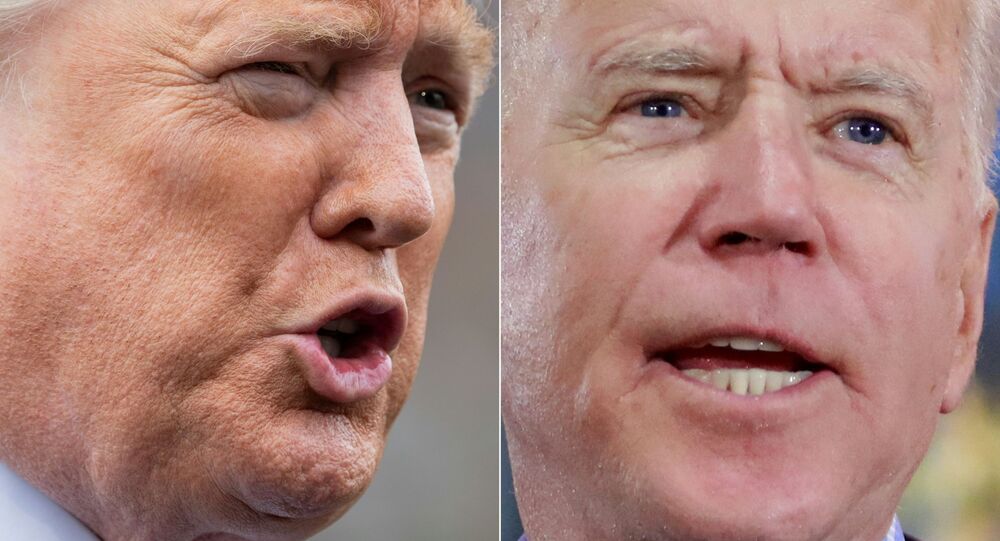 Despite a degree of skepticism about polling, 55 days before the November presidential election in the US increasingly more attention is given to pollsters’ predictions, as they weigh up the chances of President Donald Trump or former vice president Joe Biden in the race to the White House.

US President Donald Trump and Democratic presidential hopeful Joe Biden are now in a dead heat in the race for president, according to a new NBC News/Marist poll of Florida voters.

Trump and Biden now both enjoy 48 percent support, according to the Florida poll of likely voters.

“It’s not unusual for Florida to be this close,” Lee Miringoff, the director of the Marist College Institute for Public Opinion, which conducted the survey, was quoted as saying by NBC News.

According to the poll, Trump enjoys the support of 48 percent of senior citizens, to Biden’s 49 percent.
However, among Florida Hispanics, Trump leads 50 percent to 46 percent.

Among a wider survey of all registered voters, Trump is shown to have garnered 48 percent of likely voter support, while Biden has 47 percent in his favour.

© REUTERS / JONATHAN ERNST
U.S. President Donald Trump exits a vehicle prior to boarding Air Force One as he departs Washington for campaign travel to Florida and North Carolina at Joint Base Andrews, Maryland, U.S., September 8, 2020.

The poll shows Trump leading with 53 percent in a poll of which candidate is perceived as likely to better handle the economy, versus 40 percent for Biden.

The current president also holds a 3-point lead on which candidate might better handle crime issues: 48 percent to 45 percent.

The former vice president holds the lead on dealing with the coronavirus pandemic (49 percent to 40 percent). Trump is suggested as lagging behind his rival on race relations, 37 percent to 51 percent.

After several months of lagging behind Joe Biden in national and swing-state polls, recent surveys, particularly in the Midwest's battleground states, suggest that Donald Trump has been steadily gaining ground.

The latest poll can be seen as an indication of a tightening race ahead of the November elections.

Last week, three public polls showed Donald Trump within the margin of error or tied with Joe Biden in Pennsylvania, while public polling in Arizona and Nevada seemed to indicate Trump was lagging behind his Democratic rival.

According to a number of pollsters, as well as Trump allies, the President might benefit from a swathe of “secret” supporters on Election Day, who currently won’t publicly admit to backing him.