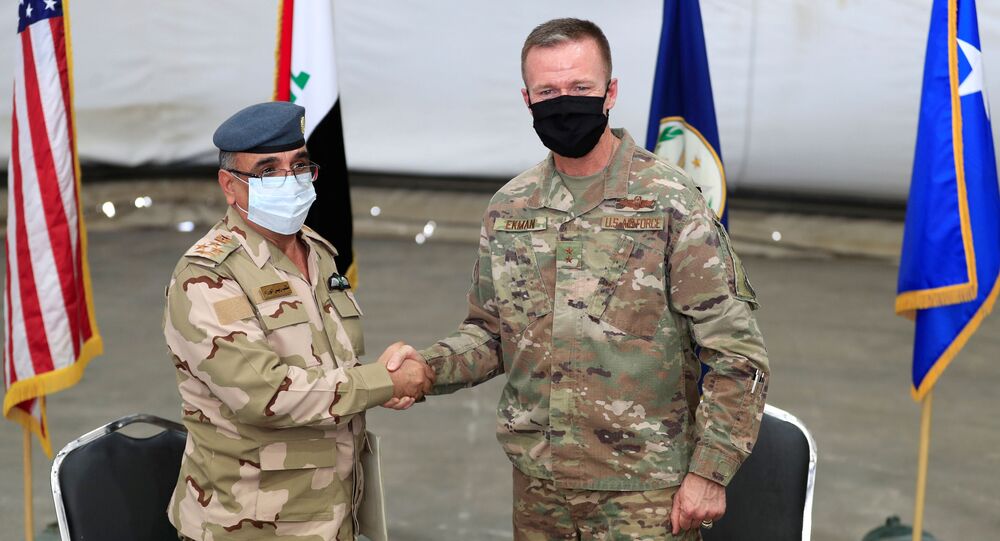 During his 2016 presidential election campaign, Donald Trump pledged specifically to reduce the United States' foreign military involvement, gradually taking steps towards the goal by withdrawing servicemen from conflict zones where US troops are dispatched.

Along with that, another statement on Afghanistan will be given "in the coming days".

"A senior administration official told reporters on Air Force One to expect an announcement tomorrow on further troop withdrawals from Iraq, and another announcement in the coming days about Afghanistan," White House reporter for the Los Angeles Times Chris Megerian tweeted Tuesday.

A senior administration official told reporters on Air Force One to expect an announcement tomorrow on further troop withdrawals from Iraq, and another announcement in the coming days about Afghanistan.

The reduction of troops' numbers in foreign countries was one of Trump's key campaign pledges, with POTUS  stressing his opposition to "endless wars" recently.

Currently, around 5,200 American troops are located in Iraq, justified by a goal to fight remnants of Daesh* in the area. In August, The Wall Street Journal reported that the US will be reducing its troops in Iraq by one-third, to about 3,500, due to the shift from combating Daesh* to developing Iraq's own security forces. The unnamed sources cited in the report claimed that the withdrawal was connected with the upcoming US presidential election.

The gradual withdrawal of the US troops from Afghanistan began in February, after Washington signed an agreement with the Taliban*, envisaging total drawdown within the next 14 months along with the start of intra-Afghan negotiations and a prisoner exchange. A full withdrawal of US troops will be conducted, provided that the Taliban* complies with the deal's requirements.

The US has already withdrawn around 3,000 soldiers from Afghanistan this year, reducing current troop numbers in the country to about 8,600, according to Pentagon Chief Spokesperson Jonathan Hoffman. Earlier in July, the Pentagon also confirmed that it was handing five bases that were previously occupied by American troops to the Afghan government under the agreement with the Taliban*. Initially, US soldiers were deployed in Afghanista in 2001 to oust the Taliban*.

*Daesh and the Taliban are terrorist groups outlawed in Russia