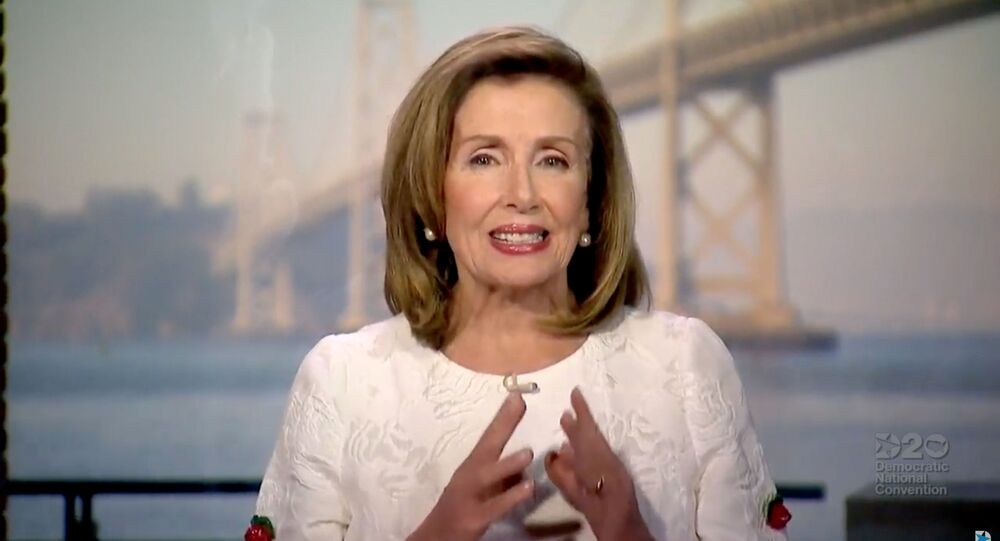 Last week, US Speaker of the House Nancy Pelosi was caught on camera without a protective mask during a visit to a closed hair salon in San Francisco, California, amid the ongoing coronavirus (COVID-19) pandemic, violating local restrictions. Responding to a wave of criticism over the incident, the lawmaker claimed the whole thing was a “set up”.

Erica Kious, the owner of the hair salon visited by US Speaker of the House Nancy Pelosi in San Francisco, California, last week, has raised $300,000 from a GoFundMe campaign launched for her in the wake of a row brought on by the lawmaker’s controversial visit to the closed business amid the coronavirus pandemic.

Kious, accused by Pelosi of setting up the incident, a video of which was leaked from a surveillance camera in the salon, told Fox News that she is grateful to all the people who supported her financially or morally following the incident with Pelosi.

“I am very humbled and grateful to have received such an outpouring of kindness, empathy and generosity from people I don’t even know, and from all walks of life and all sides of the political spectrum,” Kious said in a statement to Fox News. “It’s a powerful reminder that the common things that bind us all together as Americans are far more meaningful and lasting than political and ideological differences that get so much attention and focus.”

According to the description of the GoFundMe page set up anonymously for Kious, the campaign was quickly launched to help the hair salon owner “to pay off any debts from the business that she is forced to shut down, expenses to relocate and reopen in a new location”.

Last Tuesday, a leaked surveillance video published by Fox News depicted Pelosi visiting a closed salon in San Francisco, California, without wearing face covering amid the ongoing pandemic, despite local pandemic-induced restrictions and in contradiction of her calls to Americans to abide by rules aimed at halting the spread of COVID-19.

The Speaker’s action was met with wide criticism, with US President Donald Trump slamming her for violating local COVID-19 rules in her home city of San Francisco while “constantly lecturing everyone else”.

Pelosi responded to the criticism, claiming that the incident was a “set up” organised by the hair salon owner, who stated that her shop was “allowed by the city to have one customer at a time in the business” and formally permitted her to make the solo appointment.