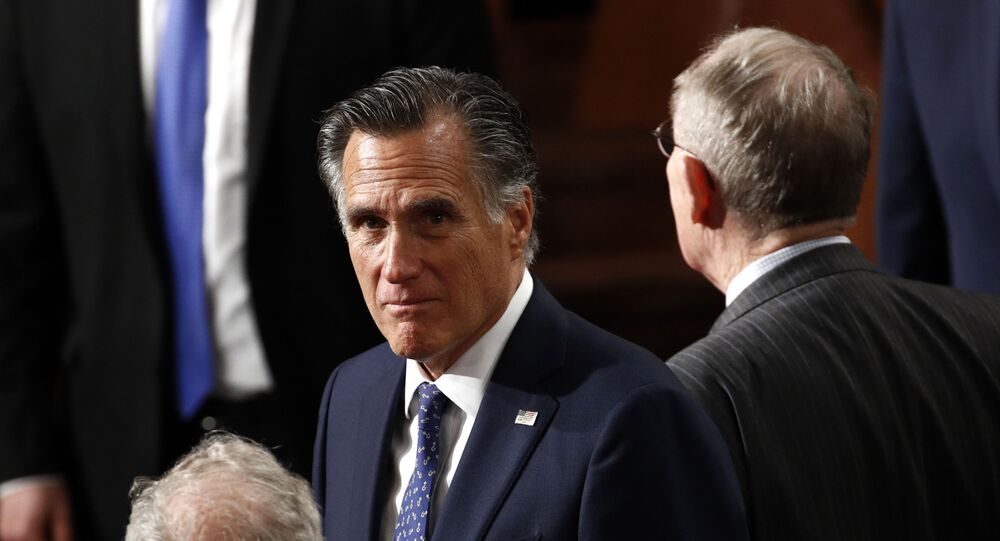 Last Tuesday, a leaked surveillance video featured US Speaker of the House Nancy Pelosi visiting a San Francisco hair salon without a face mask, in violation of guidelines for the ongoing coronavirus (COVID-19) pandemic, despite having urged Americans to stay home and abide by safety rules. The lawmaker claimed the incident was a “set up”.

US Republican Senator Mitt Romney on Monday posted a photo of himself getting a haircut from his wife at home, saying that it was a “better salon” than the San Francisco, California, salon visited by US Speaker of the House Nancy Pelosi last week.

“Getting cleaned up for resumption of the Senate,” Romney tweeted. “Better salon than Pelosi’s!”

Getting cleaned up for resumption of the Senate. Better salon than Pelosi’s! pic.twitter.com/wosz3MyKdw

Last week, Pelosi was caught on camera visiting a hair salon in San Francisco, California, without wearing face covering, amid the ongoing pandemic, despite local pandemic-induced restrictions and in contradiction of her calls to Americans to abide by rules aimed at halting the spread of COVID-19.

The congresswoman faced a wave of criticism over the incident, with hairstylists organising a protest outside Pelosi’s residence in San Francisco, demanding beauty salons reopen amid the pandemic.

The congresswoman defended herself, claiming that the incident was a complete “set up” organised by the hair salon owner, who told her they were “allowed by the city to have one customer at a time in the business” and formally permitted her to make the solo appointment.