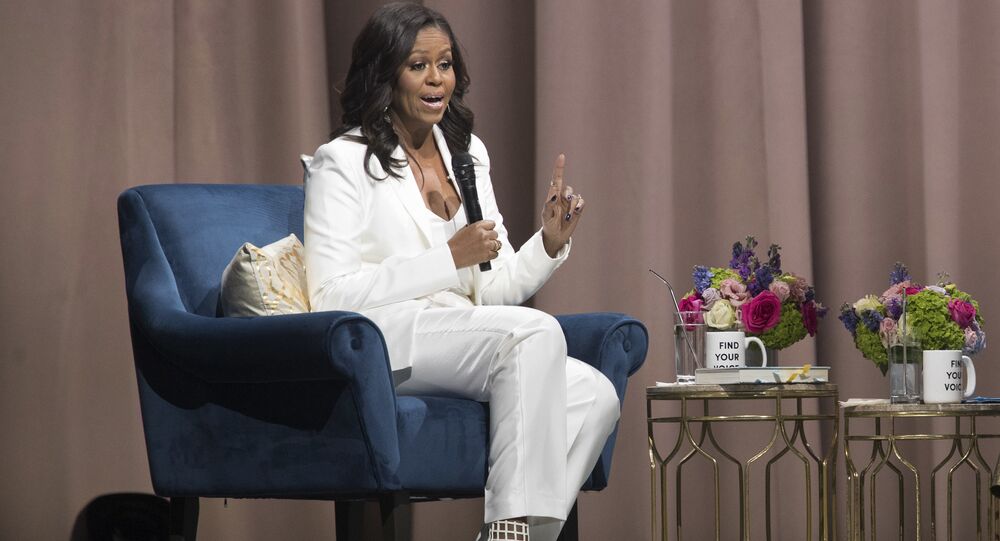 On the most recent edition of her podcast, the former US First Lady opened up about their family life, Tinder setbacks, and ways of coping with the tough times, which irrespective of how long they last, don't necessarily mean it's all hit rock bottom.

Speaking about the highs and lows of her almost 28-year marriage to the former US president, Michelle Obama said during the latest episode of her podcast that "there were times that I wanted to push Barack out of the window".

"I say that because it's like, you've got to know the feelings will be intense. But that doesn't mean you quit", she said while talking candidly with guest Conan O'Brien.

She warned that periods like this can last a really long time, even years.

Speaking about finding one's better half, she said the most sober approach would be to treat the search like assembling a star-studded basketball team, so that the person of choice would personify the absolute ideal to be with.

"You want LeBron [James]. You don't want the guy, third row on the bench, who didn't make the team, but we often don't think about that", she said illustrating her point with a comparison.

"What you're supposed to say, is, 'I have married LeBron. My version of LeBron'", the ex-FLOTUS noted.

The 56-year-old host and "Becoming" author also pointed to the importance of allotting enough time to assess the person you're dating "in an array of situations".

"There's no magic way to make that happen except getting the basics of finding somebody, being honest about wanting to be with them, to date them seriously, to plan on making a commitment, to date them, seeing where it goes, and then making it happen", she said.

There is, however, a bit of sad news for online meet-up enthusiasts, as the former First Lady believes it's hardly possible to "Tinder your way into a long-term relationship".

Michelle Obama Says She Has 'Low-Grade Depression', Partly Because of Trump Administration

Former First Lady Michelle Obama Slams Trump, Says He Is 'In Over His Head'